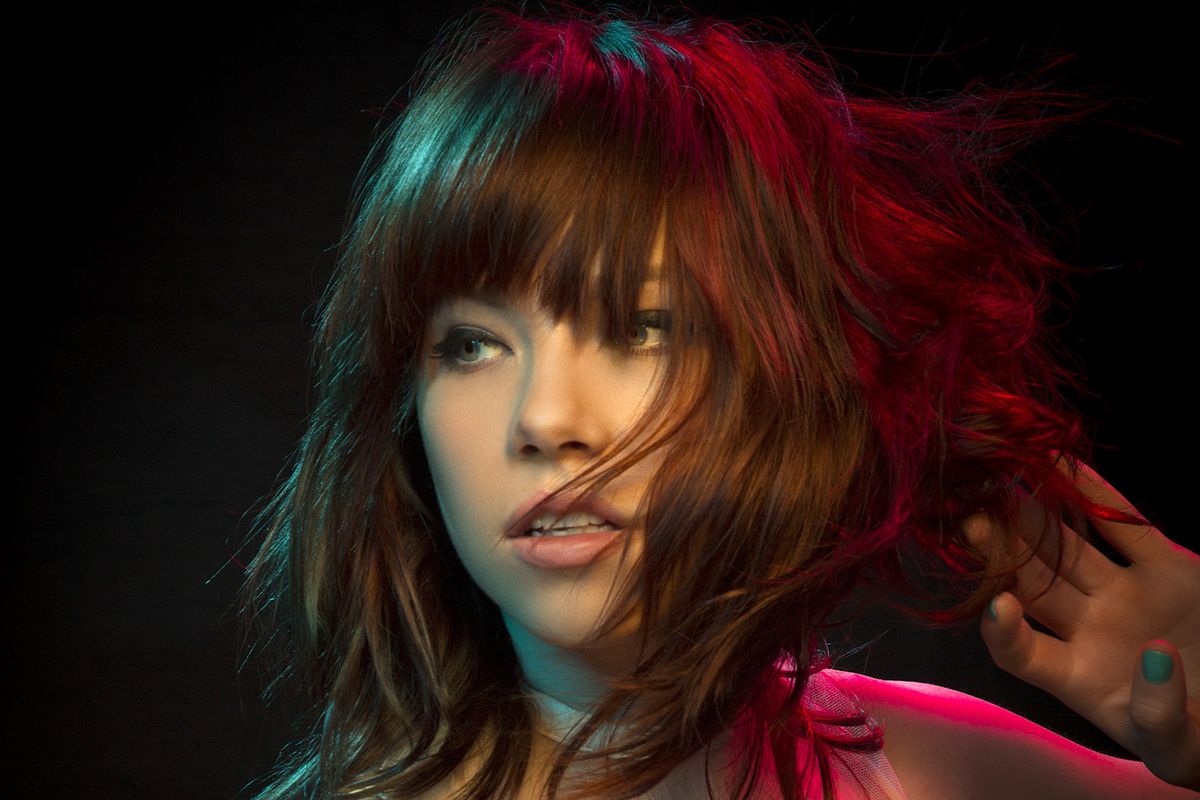 While the ignorant majority solely attributes Carly Rae Jepsen's success to her viral Justin Bieber-endorsed breakout, "Call Me Maybe," the pop star's cult-like fanbase knows all too well the unsung power that emanates from her fingertips.

Of course, there's her third studio album Emotion, which singlehandedly saved the gays and spawned memes alike with soaring saxophone-led single, "Run Away With Me." And there's "Cut to the Feeling," which has enough strength to bring sunlight to the bottommost caves of the ocean floor. But few acknowledge the magic of Carly's LP Kiss, and the way it somehow predicted a pivotal scene in this year's biggest movie to date, A Star Is Born. (Jepsies scream forever!)

In the film, no last name Ally (Lady Gaga) and Jackson Maine (Bradley Cooper) secure their tumultuous love in the only way a real, troubled, honest, rockist male rock star can. While at dinner, Jackson quietly slinks into the kitchen and asks his friend for pliers, before cutting off a small piece of guitar string. Rock music! He then returns to the table and asks Ally to marry him, slipping the twisted guitar string on her ring finger in place of a traditional engagement ring. There's a spontaneous wedding, lots of hugs, and overwhelming "I'll Never Love Again"-type love.

This exact moment was foreshadowed six years ago on 2012's Kiss, through Jepsen's track, "Guitar String / Wedding Ring." Her lyrics, co-penned with songwriters Josh Ramsay and Tavish Crowe, play out exactly as Ally and Jackson's engagement does. "You were here, and then you left/ Now there's nobody nobody," Jepsen sings, echoing Jackson's dramatic absence from Ally's big pop debut before later popping the big question. "So if you want me, I'll be around/ You're a bird in the water, I'm a fish on the ground."

As the song continues, Jepsen somehow wields even more Ally-Jackson parallels. "You're in the country, I'm in the town," the singer coos (Jackson is from an Arizona pecan ranch, Ally is from Los Angeles). "And when you're near me, I feel the best/ I'm somebody, somebody" (Jackson's star power helped Ally believe in herself, and ultimately launch the rising songwriter's Grammy award-winning career).

So while you've been rightfully distracted by Emotion, and all its life-altering attributes, Jepsen had quietly manifested 2018's gayest Blockbuster half a decade ago. (Her impact!) And with more music rumored to be on its way in the coming months, we can only hope Jepsen's lyrical vision board will keep us inspired to see another day.