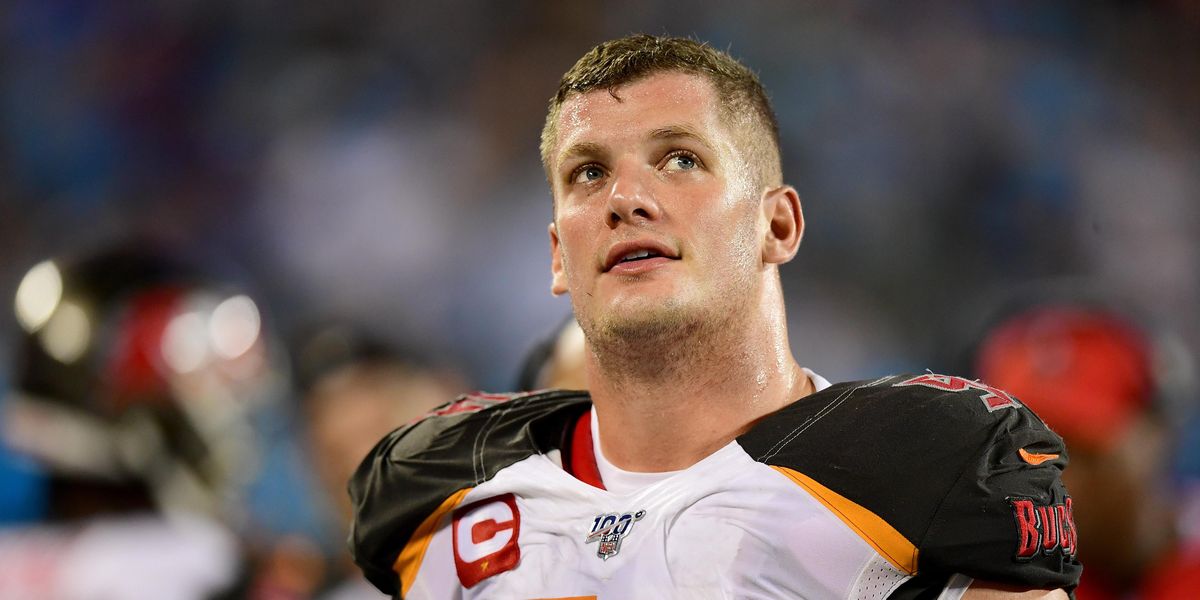 The Las Vegas Raiders' Carl Nassib has become the first openly gay player in the NFL.

On Monday, the defensive lineman came out in an Instagram video by explaining that "representation and visibility are so important."

"I actually hope that like one day videos like this and the whole coming-out process are just not necessary," the five-year NFL pro said. "But until then I'm going to do my best and my part to cultivate a culture that's accepting, that's compassionate."

However, according to an accompany statement from Nassif, his decision to come out was something he had "agonized over" for the last 15 years, saying that he'd been "meaning to do this for a while now, but I finally feel comfortable enough to get it off my chest."

"I am also incredibly thankful for the NFL, my coaches and and fellow players for their support," he continued. "I would not be able to do this without them."

What makes his announcement so monumental though is that Nassib is the first active NFL player to publicly come out, especially given the sport's reputation for machismo. After all, other gay players — including Michael Sam and Roy Simmons — all waited to come out after retiring for fear that they would lose their careers.

Notably though, Nassib's announcement was met with support from the Raiders in a Twitter saying that they were "proud" of him. Additionally, fellow teammates Darius Stills and Maxx Crosby went on to congratulate him separately, as did NFL Commisioner, Roger Goodell, who also reiterated that "representation matters" in a statement on Monday, adding that he was "proud of Carl for courageously sharing his truth today."

Not only that, but Nassib also revealed that he would be donating $100,000 to the Trevor Project, a nonprofit dedicated to suicide prevention for LGBTQ+ youth. You can learn more about their mission here, and see Nassib's post, below.