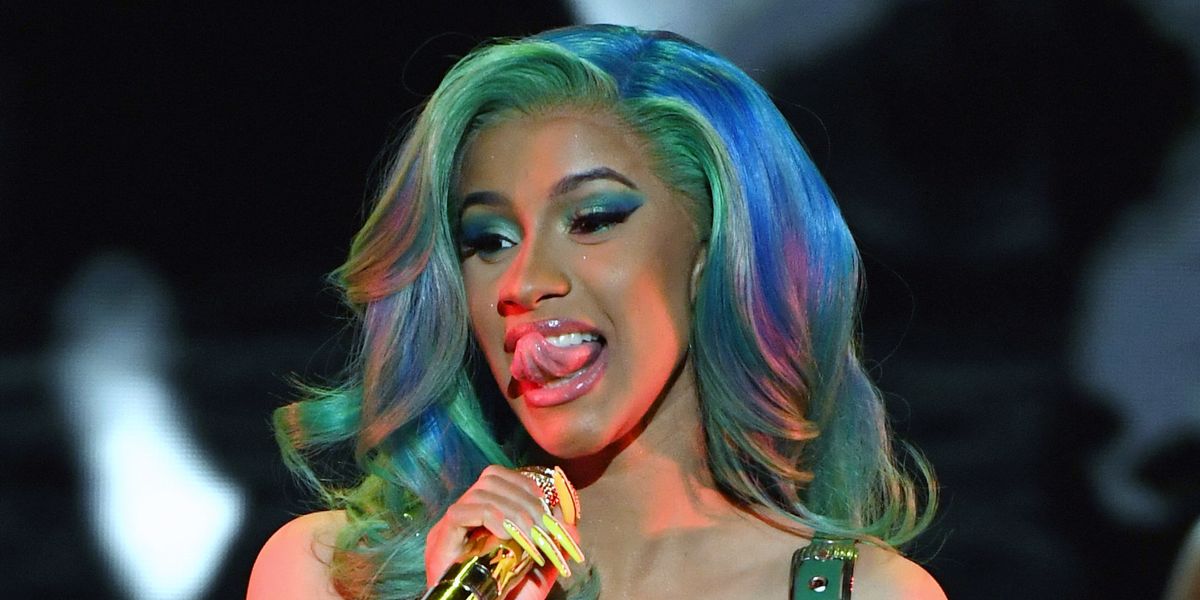 Tomi Lahren is back on her bullshit, and thus, so is Cardi.

In the past several weeks, the rapper has become a cultural moral compass — and our strongest voice when it comes to keeping hateful Republican ladies in check.

Several weeks ago, with typical poise, Cardi threatened to "dog walk" Lahren if the FOX commentator didn't leave her alone after Lahren implied that Cardi's criticism of the government shutdown and alignment with liberal policies should be an embarrassment to Democrats. Shortly after, Cardi gave conservative pundit Stephanie Hamill a fierce schooling in sex positive feminism after Hamill implied that twerking was damaging to women.

So you know Cardi had something to say when Lahren mocked 21 Savage, who is in custody after being arrested by ICE in Atlanta because of an expired UK visa, on Twitter last night. With her typical utter disregard for humanity, Lahren tweeted, riffing on Savage's hit "Bank Account": "I got one, two, three, four, five, six, seven, eight ICE agents ready to deport ya."

Cardi was quick to fire back, reminding her that she better stop spewing hateful nonsense... or else.

Others on Twitter are pointing out the irony of Lahren's comments, considering that she's publicly expressed that she's a fan of Savage, and once posted video of herself rapping along to his songs.

Republicans likely see Lahren's disavowal of an artist she likes as just more evidence of her political integrity. Cool... so awesome to know that Lahren doesnt't discriminate in who she thinks it's fine for ICE to yank out of their homes.