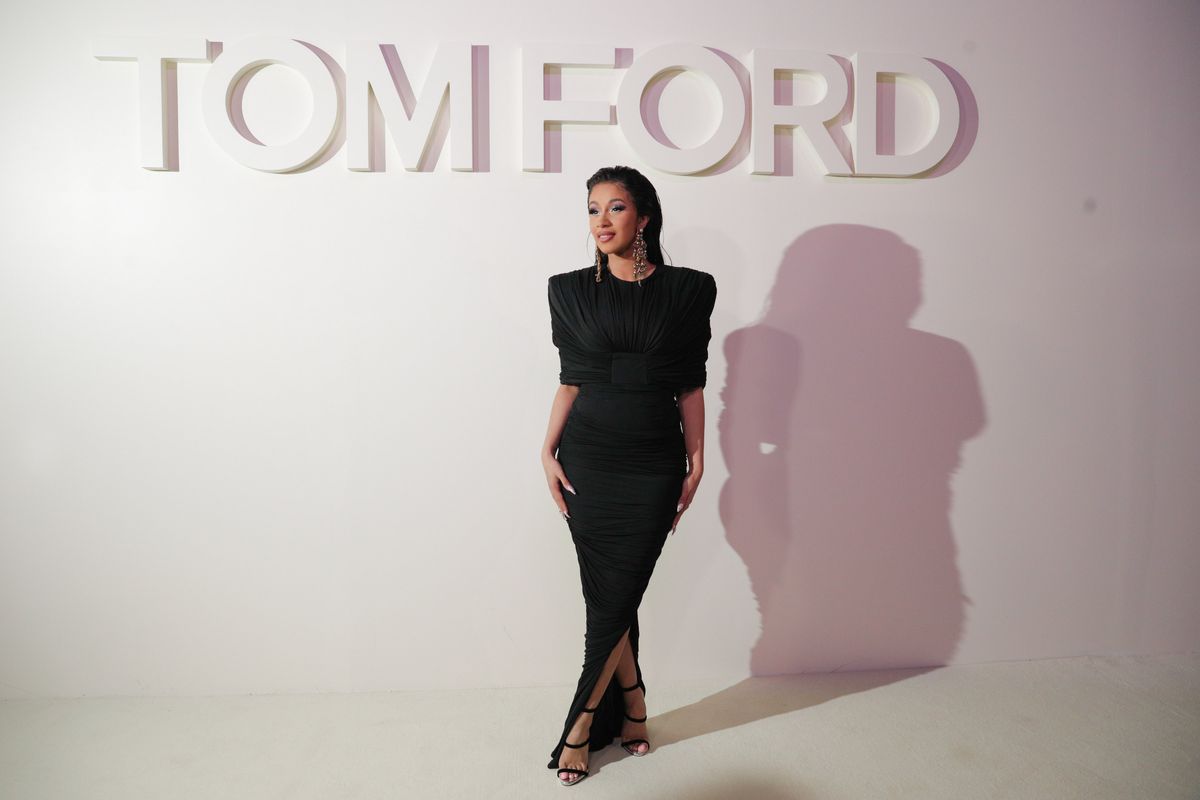 New York Fashion Week kicked off last night with Tom Ford, featuring everything from tailored suiting to fringe-skirted gowns topped with leopard calf hair bustiers and matching jackets. And, while the runway boasted an impressive showing of everyone from Gigi Hadid and Kaia Gerber to Joan Smalls, it was Cardi B who won the front row fashion game. In one of her first few outings since giving birth to Kulture, the performer presented a much more sophisticated side.

While Cardi is known for everything from neon pink gowns with slits up-to-there to bodycon dresses and rainbow hair, she chose Tom Ford to debut one of her most sleek and understated styles yet. On Wednesday night in NYC, Cardi slipped into a mid-length black ruched dress by the designer, styled with black strappy heels from Giuseppe Zanotti and earrings by dylanlex — a look assembled by longtime stylist Kollin Carter.

Her hair was slicked back and cascaded down behind her (courtesy of Tokyo Stylez), while her makeup (by Erika La' Pearl) — save for a subtle purple lid and some statement-making lashes — was fairly simple, much like the faces of Ford's spring 2019 models.