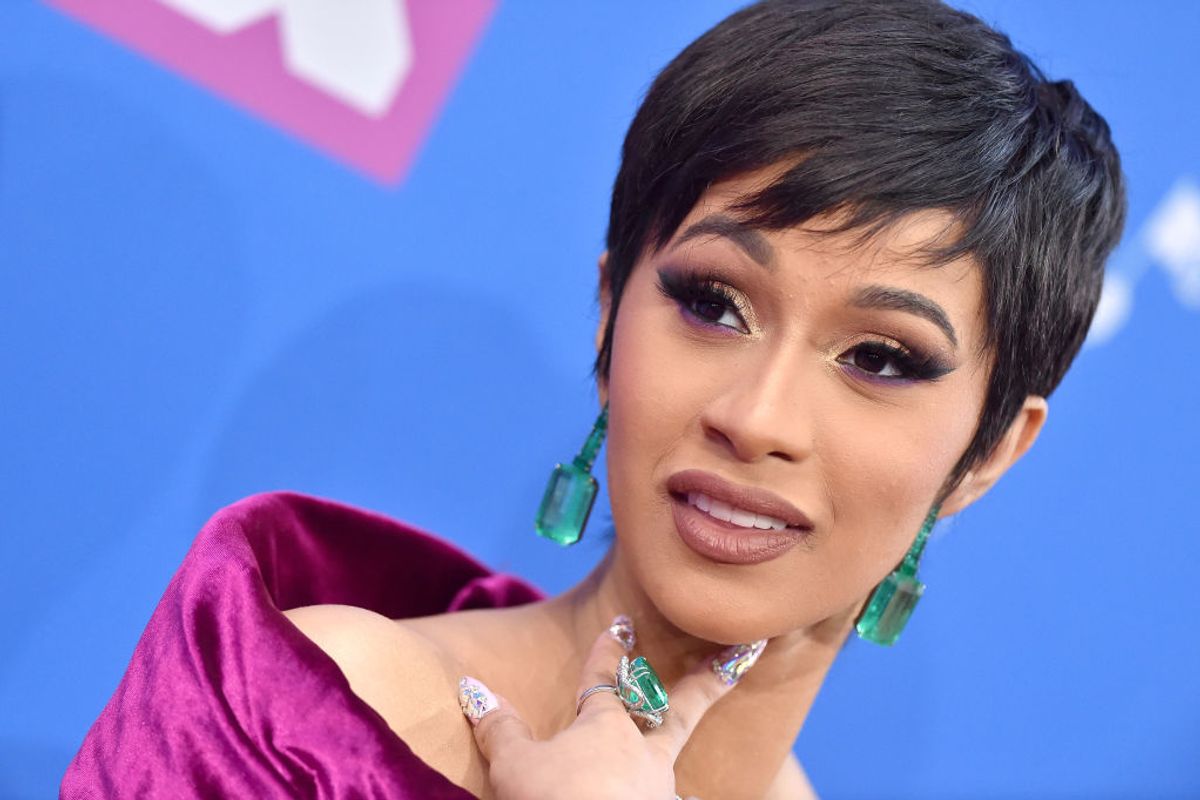 Cardi B Collaborates with Selena Gomez

One of the most unforeseen collabs is coming to us soon. Cardi B is joining Selena Gomez in a new music project. The rapper posted a behind-the-scenes photo from what looks to be a music video shoot, featuring studio chairs with the names of DJ Snake, Ozuna, Selena, Cardi B, and even baby Kulture. She captioned the pic, "Soon come ;) ON SET!"

Selena also posted a gallery of three BTS pics on her own Insta on Friday night, with the caption "today was so fun." The pop artist and her co-collaborators were all in red. She and Cardi especially look like besties, hugging and playfully cheesing for the 'gram.

After the day's work, Queen Cardi also sang Sel's praises on Twitter, saying, "Selena Gomez is really what you think she is a fuckinh sweetheart ,sooo sweet a lay back."

Selena Gomez is really what you think she is a fuckinh sweetheart ,sooo sweet a lay back ❤️

People reports that this crossover, and the coming single, is brought to us by DJ Snake. He took to his Instagram Stories confirming the news. He posted a plain text story that read, "In Los Angeles shooting the music video for my next single." He also posted an emoji of a clapperboard, and tagged the names of Cardi, Selena, and Ozuna.

This news comes just shortly after Cardi B won an MTV Video Music Award for best new artist, as well as "Song of the Summer" for her bop "I Like It" on Monday.