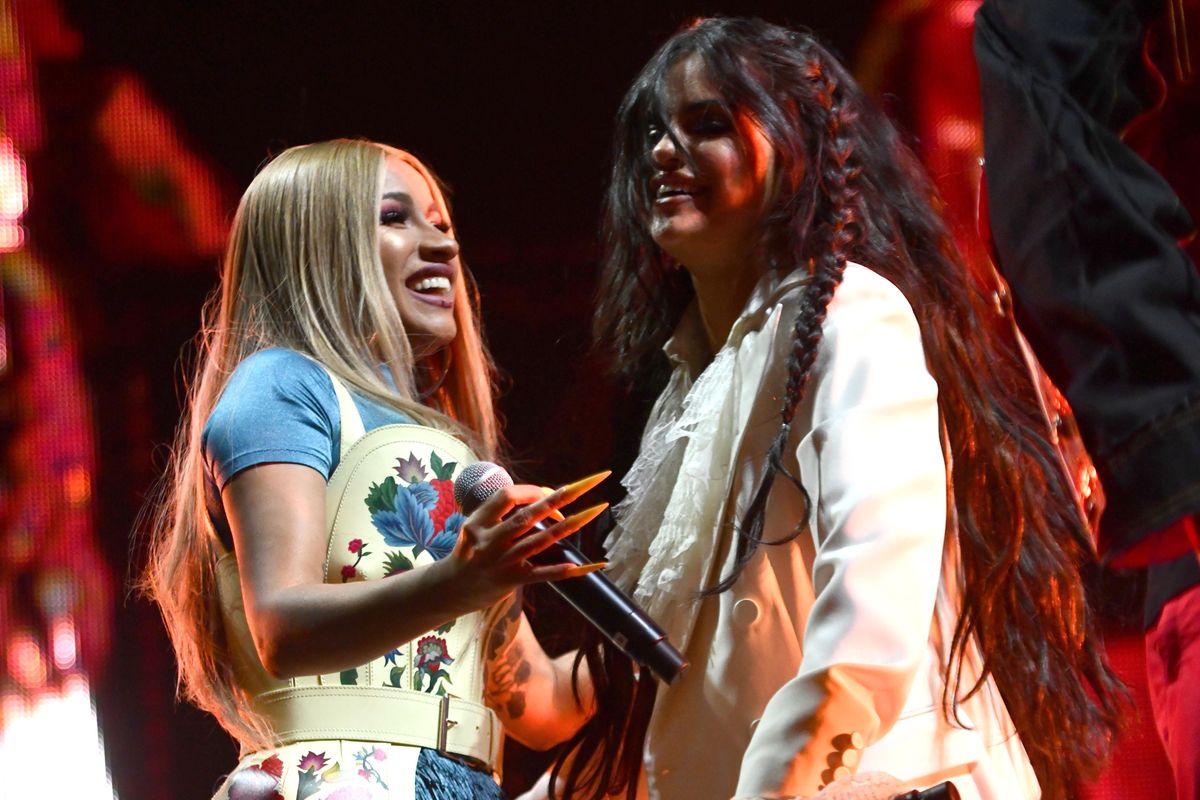 Cardi B Wants a 'Bad Bitch Era' From Selena Gomez

Selena Gomez may be potentially contemplating retiring from music, but Cardi B doesn't want her to just yet. In fact, the Grammy-winning rapper has officially offered herself to consult with the singer about how to give fans at least one more era that could potentially open her up to an even wider audience.

It all started with Gomez's April cover story for Vogue, in which she talks about possibly stepping back from music because of the reception that she's gotten to it. "It's hard to keep doing music when people don't necessarily take you seriously," she said. "I've had moments where I've been like, 'What's the point? Why do I keep doing this?'"

Related | Selena Gomez Says She Might Retire From Music

Gomez continued, "'Lose You to Love Me' I felt was the best song I've ever released, and for some people it still wasn't enough. I think there are a lot of people who enjoy my music, and for that I'm so thankful, for that I keep going, but I think the next time I do an album it'll be different. I want to give it one last try before I maybe retire music."

Cardi, having caught wind of the interview, took to Twitter to offer a suggestion for Gomez about what she can do to keep her hope alive. "I don't think Selena should retire," she wrote. "She makes good music [and] her fans love her."

Cardi continued to explain what she she thinks Gomez should do next. "I think she needs one more era," she said. "A edgy one that no one ever seen her as. I would love to give her some ideas." And after a few fans fantasized about Gomez singing the lyrics to Cardi's "WAP," the rapper landed on her final advice. "A bad bitch era is needed."

Never afraid to hold her tongue both on or off the microphone, Cardi's the perfect mentor for this. And lest we forget, she set the world on fire last year with Megan Thee Stallion when "WAP" had politicians talking — and Cardi, to this day, still doesn't give a fuck. As she shouldn't.