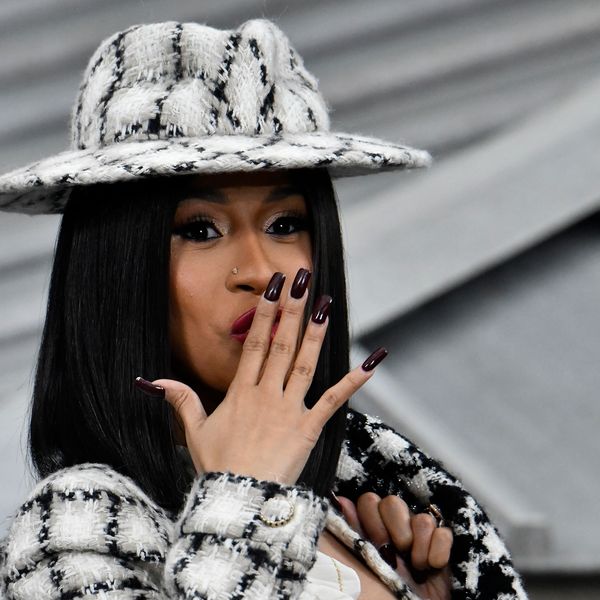 Cardi B Addresses Backlash Received After Use of Racial Slur

Following the release of the highly anticipated collaboration with Megan Thee Stallion, "WAP," Cardi B was featured on the cover of Elle's September issue. In the cover interview, Cardi discussed her love of politics, her marriage to rapper Offset and some of her most controversial moments — including recent backlash she received after using a racial slur comparing her daughter Kulture's eyes to those from people of Chinese descent.

In a now deleted Instagram post, Cardi shared a superimposed image of herself and Offset to reveal what Kulture would look like in the future. After one fan commented that the photo looked a lot like Cardi's sister Hennessy, she replied saying: "I think cause Hennessy got ch*nky eyes like Offset and so (does Kulture). It's the only (thing) I could think (of)."

Of course, fans were quick to call out the original post and shortly thereafter, Cardi issued a response via Twitter, saying "I don't know fuckin' everything. We don't even use that as (an) insult and I don't use it as (an) insult. I'm sick of the internet," according to Buzzfeed.

Related | Cardi B Responds to Criticism of Her Daughter's Looks

Seeing as the Twitter response wasn't really the penance or apology that fans had hoped for, Cardi used her time with the Elle interview to rehash the discussion. She said she wasn't aware of the history behind it and its negative and hurtful connotations.

"Never in my life, my 27 years, I never even knew that was a racial slur," Cardi said. "I was describing my husband's and my sister's eyes, and my daughter's eyes... I don't even know how to describe their eyes anymore because that's how I used to describe their eyes. I don't even know the word. That they're almond-shaped? But it's like, I never knew that. And for people to be like, 'She's using a racial slur. She's disgusting.' And it's like, 'Bro I didn't even know that was a racial slur. I didn't say it... with no bad ill intention.'"

Though Cardi claims to have been unaware of the word's true meaning, the discourse that followed is a testament to the importance of listening to peoples' concerns, and owning your mistakes.