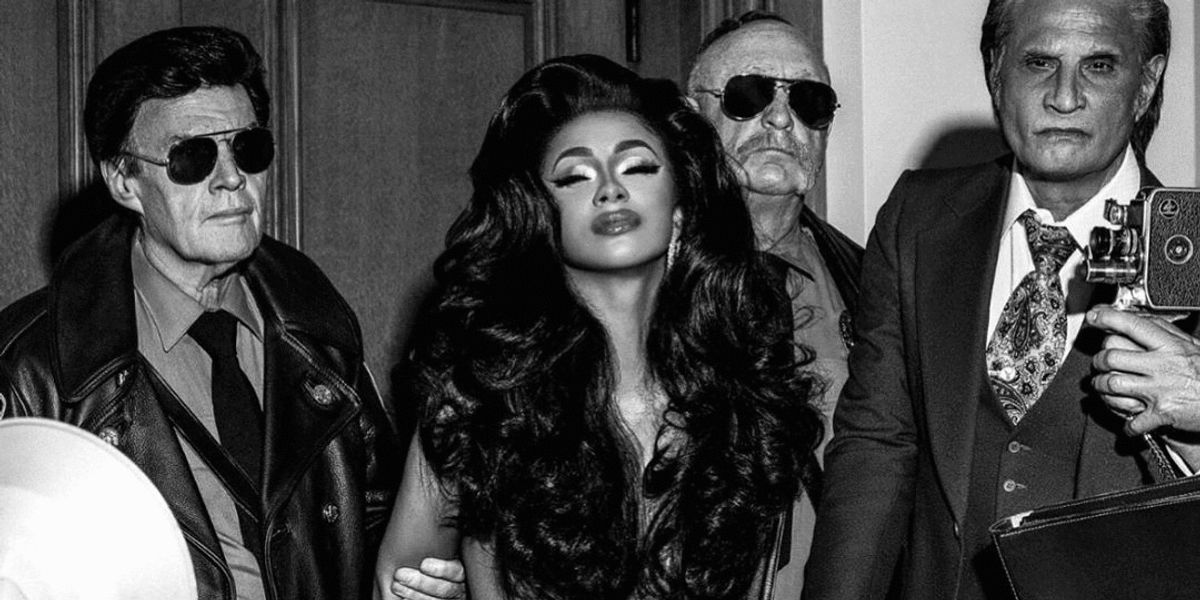 Cardi B Cancels the 'Press'

Cardi B's been teasing her new single "Press" by dropping Chicago-esque photos, featuring her being smugly escorted (nude, rocking a massive '80s bouffant) into a courtroom, and snarling at paparazzi. The shoot concept was that she... killed a reporter?

The song is out today and, as promised, it's a furious diatribe that takes aim at the media, and generally condemns the parasitic gossip machine that clings to every aspect of her life, from her choices about her body, to her past, to her relationships.

Later she adds menacingly: "Done with talkin', I'm open to violence/ Ask anybody they know I'm about it." Cardi also has time for some fun brand-name flexing, wordplay, and bars directed towards general haters and hoes.

"Press" was apparently inspired by one particular rumor from last December, that her and Offset's break-up (and eventual divorce) was staged: a marketing tactic generate more buzz around Offet's forthcoming debut solo album, Father of 4. According to NPR, she first teased a clip of the track around the same time.

Hostility for the press, by now, has become a signature philosophy of the Cardi-Offset clan. Last month, the rapper went on an Instagram tirade directed at celebrity news site The Shade Room after they reported on Offset's gun possession charges. She accused the blog of only posting about negative aspects of her and Offset's lives.

She and Offset also dragged the media on his Family of Four track, "Clout." On her verse, Cardi rapped: "I should run a whole blog at this rate/ They using my name for clickbait/ Bitches even wanna start fake beef."

The conversation asks Cardi is the underdog or the bully in her battle with the media, and"Press" definitely has the world rooting for her.