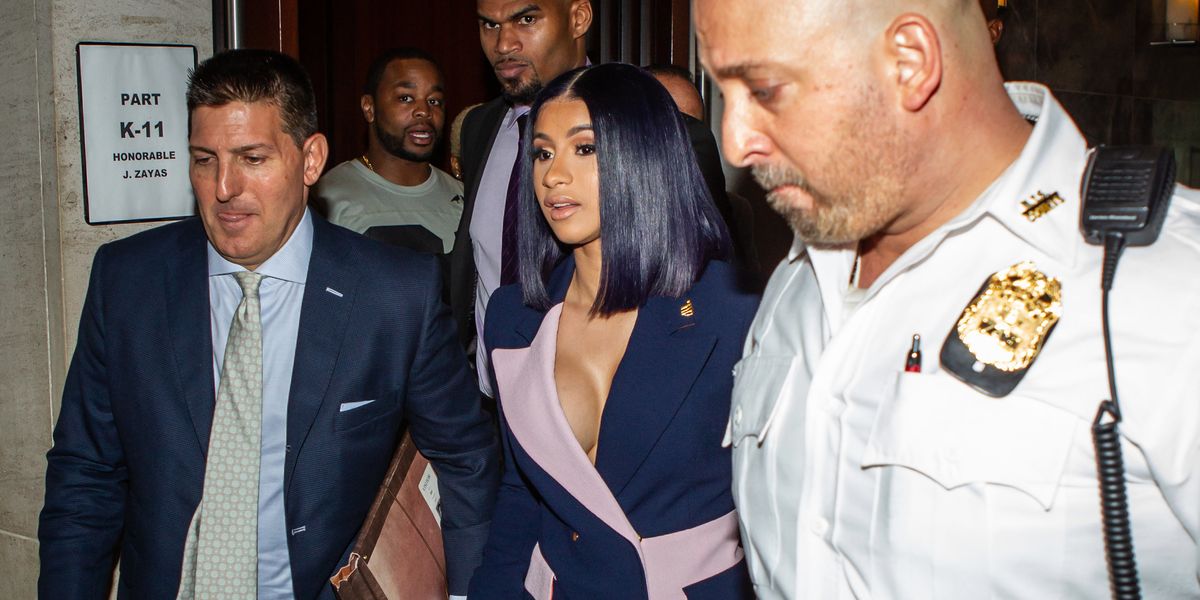 Cardi B Pleads Not Guilty

Press, press, press, press, press. Cardi B was not speaking to the press this morning after pleading not guilty to various felony charges. But we did get this statement from her during a concert in Los Angeles on Saturday night: "I ain't going to jail, I got a daughter." According to Reuters, a fan yelled "Free Cardi B" as the rapper was escorted into the courtroom.

Cardi is being charged over an incident that took place at the Angels NYC strip club in Queens last year. It's alleged she instructed members of her entourage to attack two bartenders who she believed were having an affair with her husband Offset, father of Kulture.

Related | Cardi B Gives Sneak Peak of Her Movie 'Hustlers'

While she initially faced misdemeanors, a grand jury indicted her on felony charges last week. So jail time actually is a possibility, although it's clear Cardi is up for a fight — of the legal kind, this time. Last October, her attorney told the Associated Press he was "aware of no evidence" that she'd caused anyone physical harm. Asserting her innocence, she rejected a plea deal back in April.

Related | Cardi B Leads Her Own Army at the BET Awards

Meanwhile, Cardi B and Offset appear to be going strong. The couple announced their divorce last year following numerous cheating allegations, including those involving the bartenders. But according to Instagram Stories and those very public Grammys red carpet hook ups, their marriage is absolutely back on.