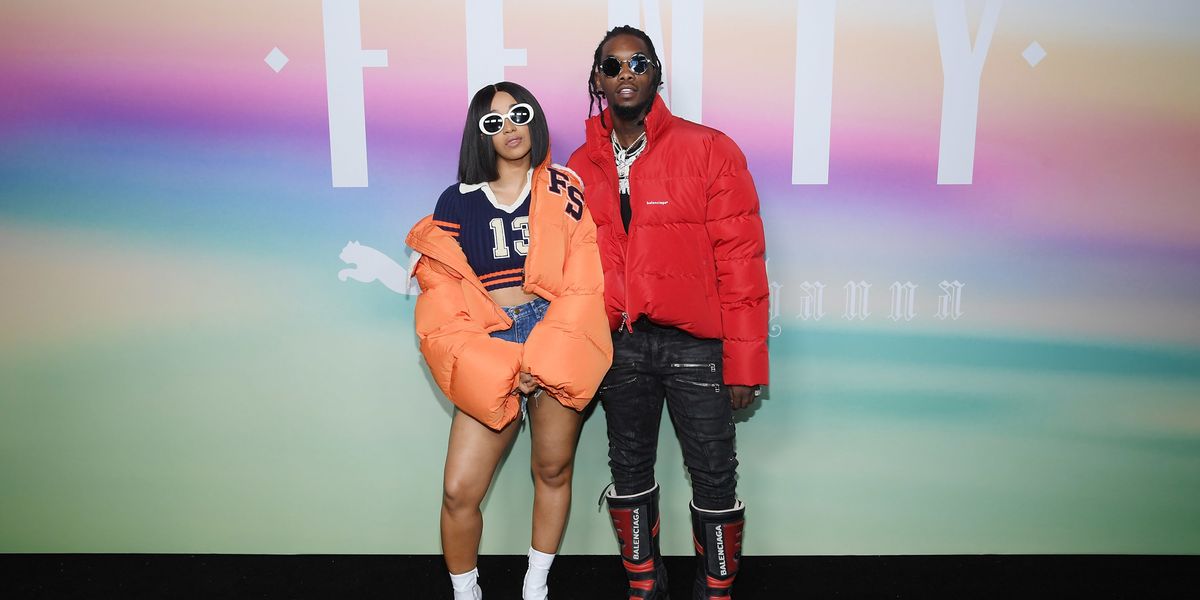 Cardi B and OFFSET Reveal Their 'Rolling Stone' Cover

We're still a little ways away from July, but Cardi B and OFFSET made an early reveal for their Rolling Stone magazine cover.

The photo shows Cardi dressed only in a cape and heels, revealing her baby bump and the peacock tattoo that covers the right side of her body. OFFSET is photographed kissing the belly where their baby girl is still currently chilling.

The 25-year-old female rapper posted it on her Instagram yesterday after it had been leaked by other media outlets and tabloids. She posted with the caption, "I guess it was too much to ask to wait until the official July release of our @rollingstone cover! This cover is so special to me and means so much!" She continues, "My daughter made it to the Rollin Stone cover !!!! Official release in July. You can't ruined what's for me ❤️❤️❤️❤️"

CARDIVENOM on Instagram: “I guess it was too much to ask to wait until the official July release of our @rollingstone cover! This cover is so special to me and means…”

No announcement of an official due date was ever made, but many are speculating that the Cardi Baby's arrival will be in the first week of July.