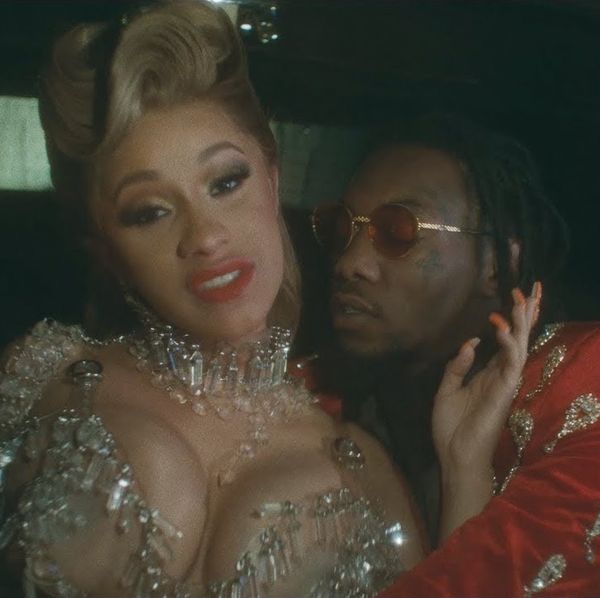 Cardi B and Offset Get Hot and Heavy For 'Bartier Cardi'

Petra Collins will not stop until her signature soft-focus, pastel-hued style is adopted by every major star in entertainment, and Cardi B's "Bartier Cardi" is the latest visual to get the artist's full treatment.

Featuring 21 Savage, many of Collins' frequent collaborators and, of course, Offset, the video sees a dressed-to-the-nines Cardi B clamber onto a taxi, rap in full lingerie and make out with her boo. (Oh, there's also hoards of underwear clad male models). The camera stays in a firm medium close-up of the Bronx-native, perpetuating rumors that she might just have a bun in the oven. One can dream!

"Bartier Cardi" is the second single off Cardi B's debut album, Invasion of Privacy, which is scheduled to drop April 6. This past Friday, the rapper released a slower buzz single, "Be Careful," which will also appear on her breakout full-length, alongside career-defining smash, "Bodak Yellow."

Check out the video, below, and try all of it at home.