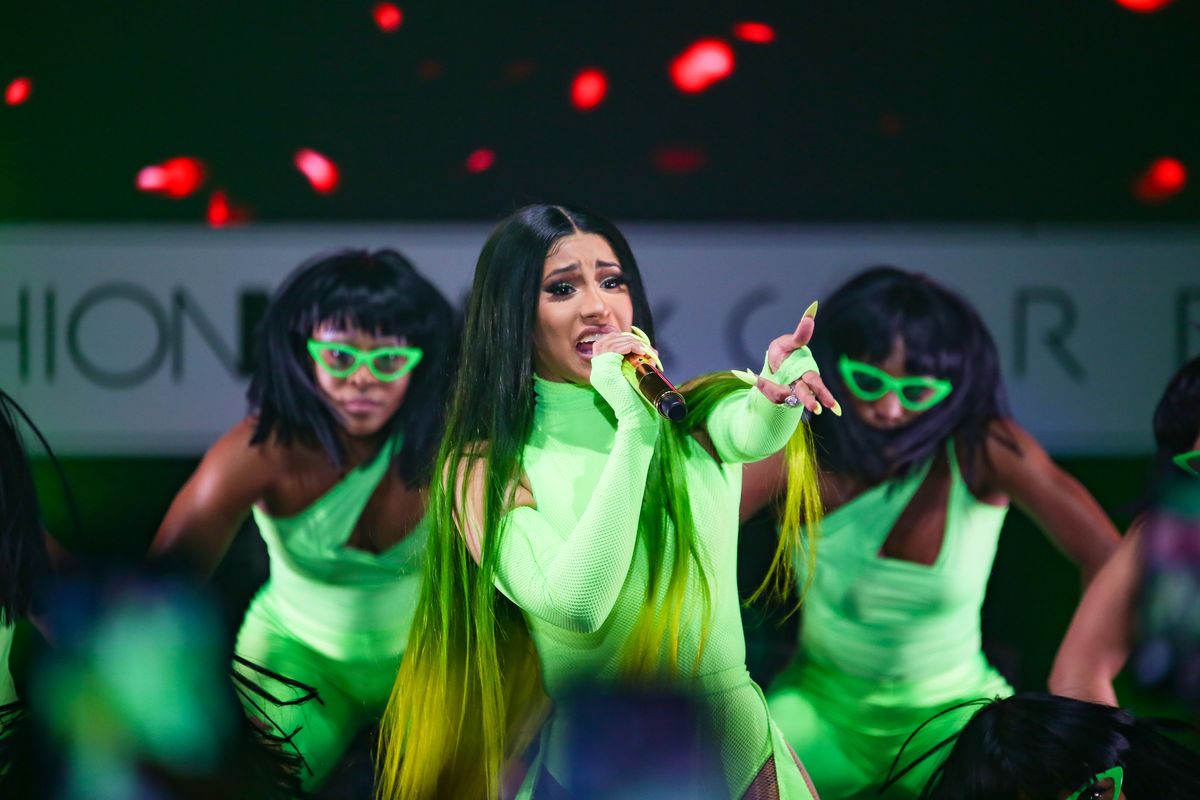 Cardi B Confronted Her Trolls in the New York Streets

After a series of tweets that Nicki Minaj's Barbs deemed as shade towards their beloved icon, Cardi B decided to make it abundantly clear that she will "pull up" when called out. In the words of Cardi herself: "You know me I be with whatever/ If a bitch beef with me we gon' beef foreva!"

Some Nicki stans took issue with a tweet Cardi posted late Thursday night that read, "Cause I passed on it ...now sip on that." Most Barbs interpreted it as a dig at "Tusa," a new track from Colombian artist Karol G, which happens to feature a verse from Nicki.

After a heated exchange between Cardi and several Twitter users defending Nicki, Cardi decided to make it very clear that she's not on Twitter to troll around — she's happy to confront haters in person, on-demand.

Cardi posted a video on the corner of 46th street and 8th avenue in Manhattan, calling for those arguing on her feed to "pull up." Several back-and-forth tweets later with user @JohnRockYaFella, and suddenly, they were face-to-face on the streets of New York City.

While the two didn't come to blows — and @JohnRockYaFella claims he was just trolling — one has to imagine what exactly Cardi had planned for her opponent. Regardless, the interaction is a message to Twitter trolls everywhere: Cardi will respond, and you will have beef forever!