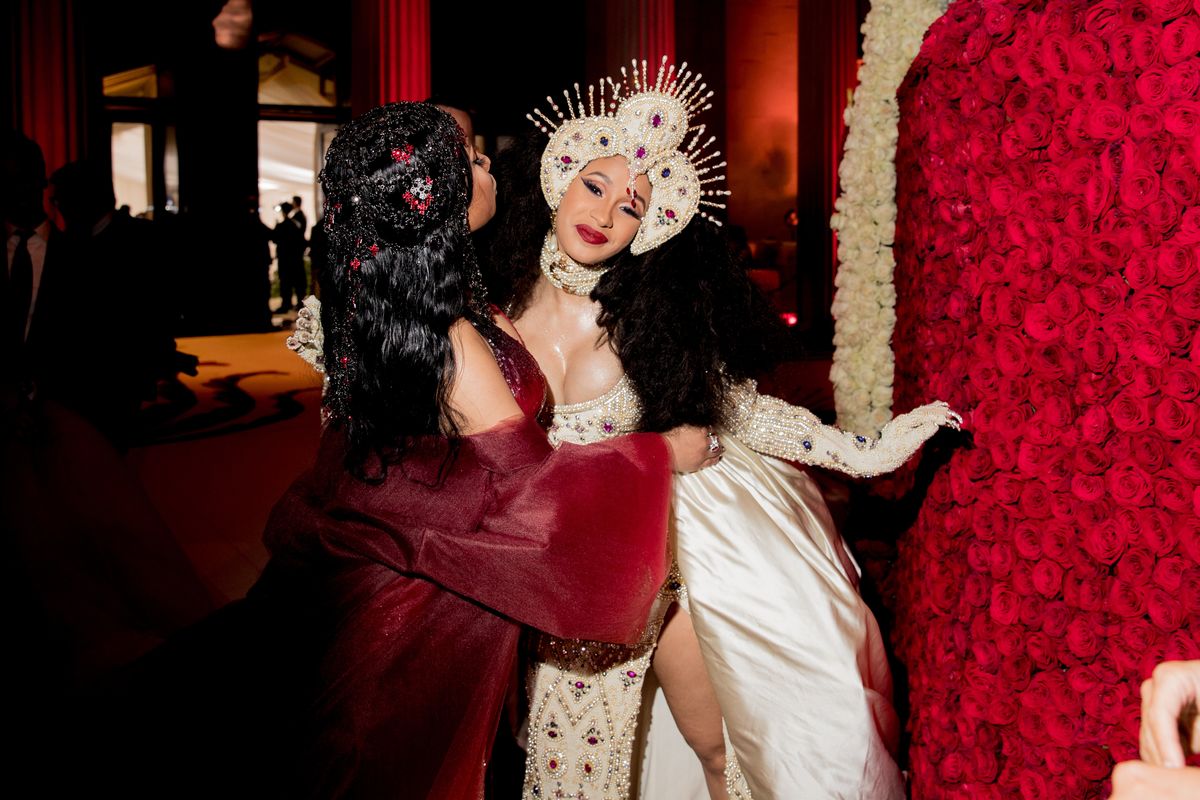 Rap's most heated feud, between Cardi B and Nicki Minaj, may just get hotter, according to TMZ.

We all remember the shoe-throwing incident at Harper's Bazaar's NYFW party, called ICONS, where the icons notoriously got into it (And where Nicki was found posing afterwards). This is also the event Naomi Campbell hilariously dismissed, telling Andy Cohen why she didn't attend: "It was called the ICONS party, but there were no icons there."

Cardi defended herself in a now infamous Instagram post not naming Nicki, but we all knew who she was referring to.

There was also madness of the Nicki's following Queen Radio episode, during which she said that in addition to feeling humiliated "in a Gaultier gown" at the swanky event — Cardi wore a ruffled Dolce & Gabbana number, lest we forget — she accused Cardi of building her career off of "sympathy and payola."

The latest is that Cardi may be recording a diss track about Nicki, which will certainly make waves if it sees the light of day. However, sources report that Cardi's team wanted some of the lyrics edited out because of their apparent savagery. They also allegedly argued that the lines would somehow benefit Nicki, and that Cardi might shelve the release because "she's already eclipsed Nicki."

Frankly, this is all terrible. We love Cardi and Nicki, separately, for different reasons. What we can only hope for is that should this feud escalate (please no), that it is actually, as Nicki once said, "all lies," and as Cardi once said, "for entertainment."

But you know how the saying goes about publicity.