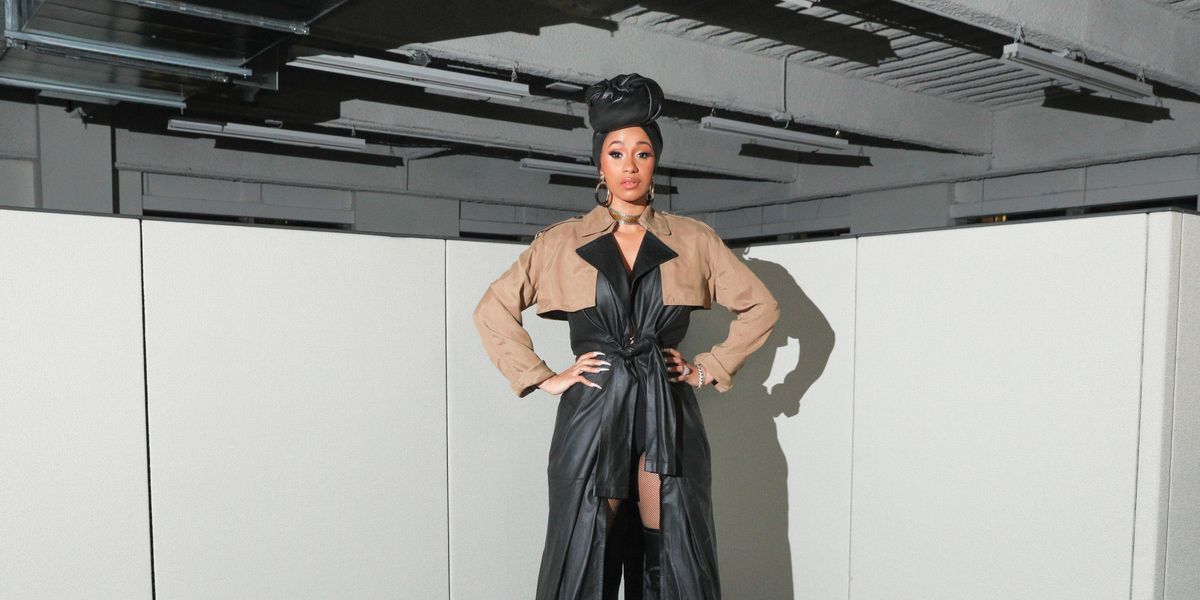 Cardi B Is Not Beefing With Nicki Minaj, Okay?

Leading up to her debut album, Invasion of Privacy, which just came out today, Cardi B sat down for a conversation with Ebro of Beats 1. She addressed numerous rumors about her music and her personal life, including whether or not she's pregnant (check out her album to learn more, she says), if breakup track "Be Careful" is about Offset (it's not), and, if she has beef with Nicki Minaj.

She said the rumors of a feud with Minaj are false, telling Ebro, "I just feel like it's really Internet made up. I really feel like fans and people, they really want to see that happen because it's really entertaining. To see people beef is entertaining." She went on to say that she doesn't have time for distractions like that right now, adding, "If you ain't my man, or if you not taking my money from me, you not stopping my money, then I don't really give a f**k about you."

She said they've spoken to each other in person, and that they're both mature, grown women and that they weren't in the MotorSport video together because Minaj couldn't shoot the day Cardi B was shooting. She also wondered what else fans expected her to do to prove that there was no beef, as she's already said she thinks Minaj is a great artist and has uploaded videos of herself jamming to her songs.

Watch the whole clip, below: