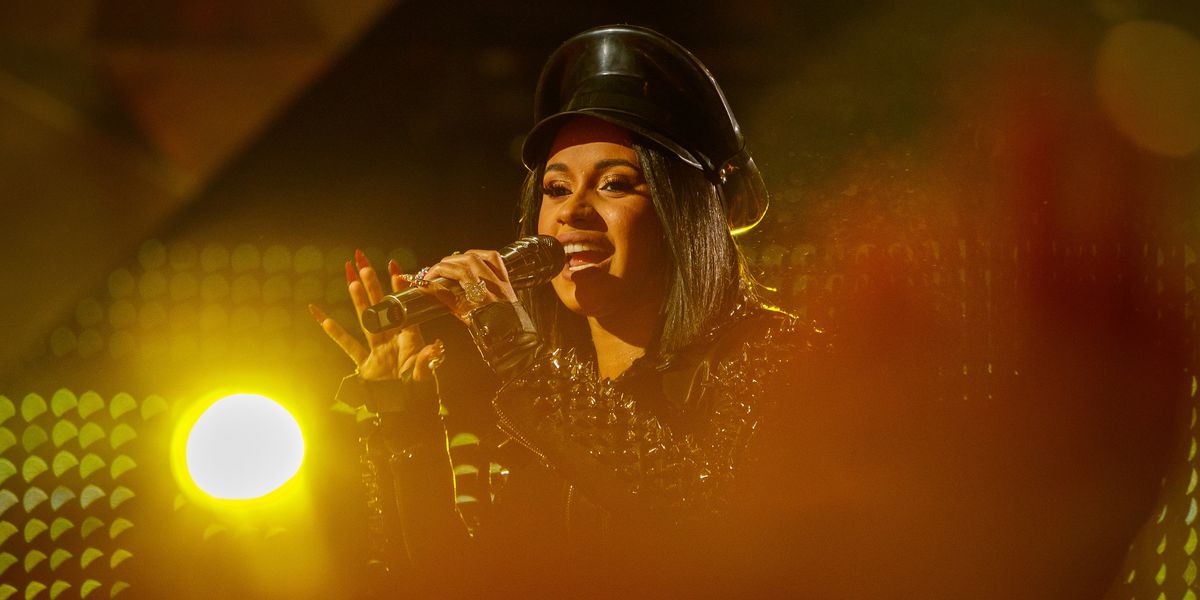 Is Cardi B Dropping a Song Tonight?

It remains unclear exactly what will happen at midnight, but given the recent announcement of her new album cover, and its release date, it's likely that she's dropping a single or music video tonight.

The album, which is called Invasion of Invasion of Privacy, comes out on April 6th. The singles "Bodak Yellow" and "Bartier Cardi" have already been released. The album is highly anticipated after Cardi B's stellar year last year. "Bodak Yellow" made her the first female rapper to have a No. 1 hit in 19 years, and she became the the third artist to have three songs in the top 10 at once.