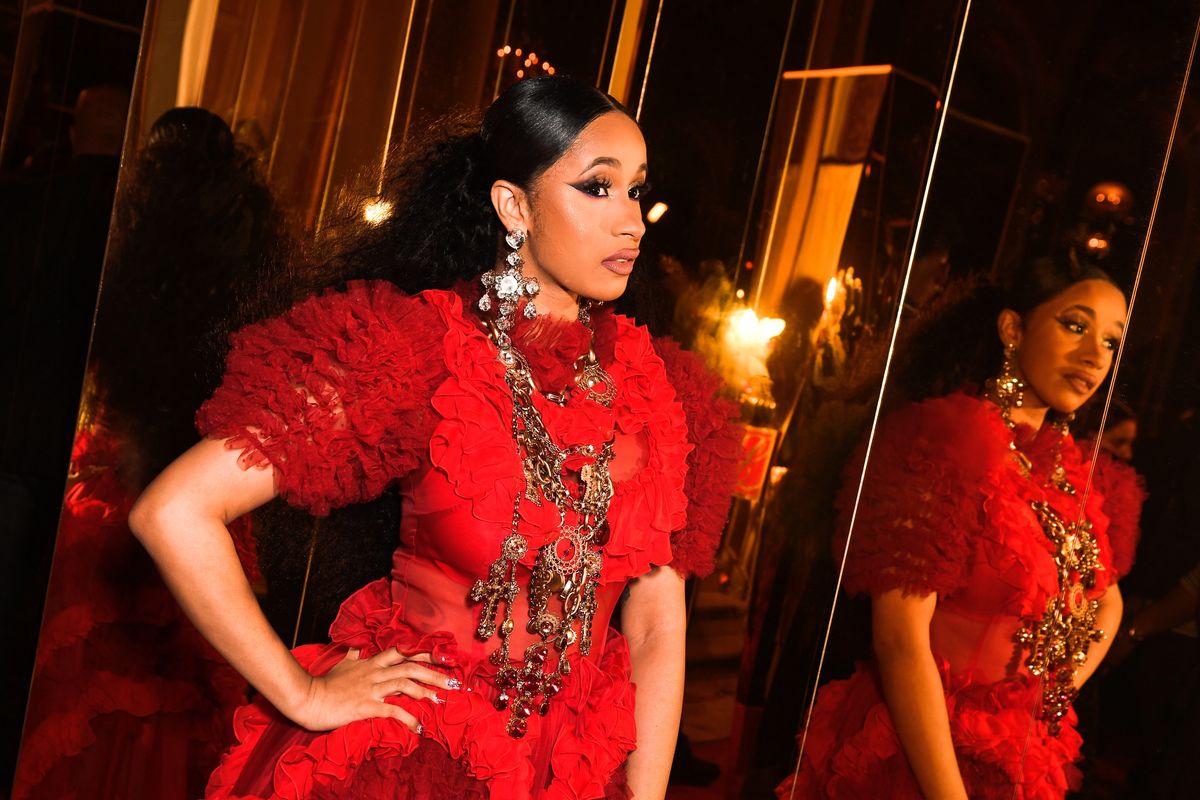 In the time since Cardi B dropped her debut album, Invasion of Privacy, earlier this year a lot has happened. She became a mother, got in a public feud with Nicki Minaj, and has still kept up appearances popping up all over from opening the VMAs to Paris Fashion Week. The rapper even continued her domination of the Billboard charts earlier this month with her Maroon 5 collab "Girls Like You."

Cardi B took to Instagram to announce her first solo single since the release of her debut album, "Money." Dropping this Thursday at 12.30 PM, the rapper posted the single's golden cover art. Clad in a pair of heels, a golden beaded hat, more watches and jewelry than your neighborhood Cartier, and nothing else. Gilded in more gold than the palace of Versailles, Cardi manages to impressively embody both "more is less" and "more is more" in the same look.

Related | Cardi B Hands Out Winter Clothes to People in Need

The reign of Cardi B is far from over. Stay tuned!