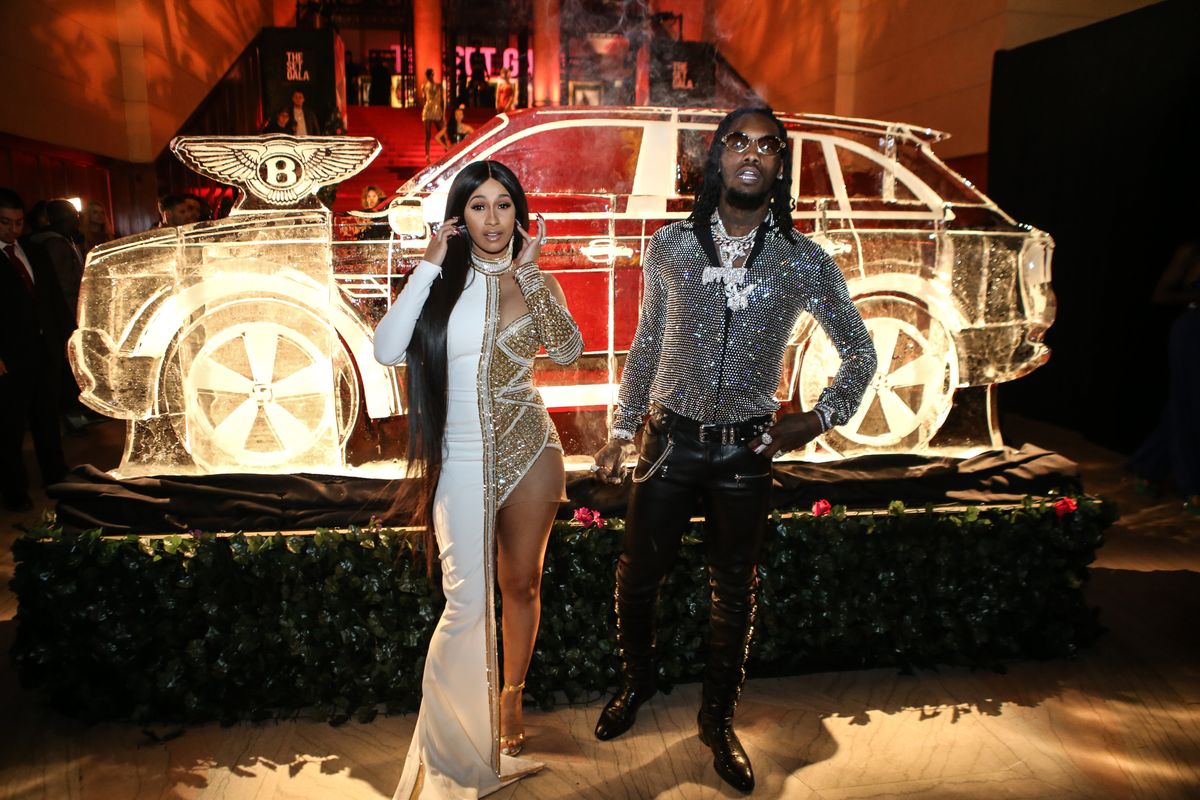 Cardi B Defends Her Man Offset Over Homophobic Lyric

Last week Migos' Offset got heat for his lyric, "I cannot vibe with queers," in his verse on YFN Lucci's song "Boss Life," with social media lighting up over the offensive line and pointing out that the same designers the group likes to call out (especially Versace) are helmed by out gay men.

Offset apologized, explaining that he wasn't using 'queer' in a homophobic slur type of way, but rather as its older meaning as 'strange' or 'odd' Maybe sensing that nobody was really buying it, his fiancé Cardi B came to his defense in a live Periscope video, saying, "I'm not going to let somebody call him 'homophobic' when I know that he's not, and I'm saying this because I seen him around these...around gays, and he treats them with the same respect he treats everybody. He never acts uncomfortable and he just don't care."

Cardi then said that Offset wasn't aware of the word's homophobic implications. "It has a different vocabulary on the dictionary," she explained. "Now, that's a word that you guys say that it's a bad word for gays—I never even heard that word in the first place—why don't y'all educate people about it? A lot of people are not aware about what's wrong or right in the LGBT community. Why don't we do things to educate instead of bashing and trying to label something that they not?" She added, "Our schools never teach us that these are bad words."

She added that until she learned otherwise, she didn't know the word "tranny" was considered offensive. "I did not know that that was a bad word 'cause trans people use it," she said. "Let's not front like they don't." Cardi came under fire in 2017 for old tweets that resurfaced in which she used the term. She has since apologized, and also discussed the situation in her Beautiful People interview with PAPER.

"Nowadays you can't even have a voice if you're an artist. You have to really watch what you say or you're a phobic, or you're a racist, or you're a colorist, or your opinion is too strong. You have to be scared that you'll lose fans, or people are attacking you, or you get canceled," she told us. "I really hate it because I cannot be as real as I want to be because people are so sensitive and I guess that's the price you pay when you want to be a good artist."