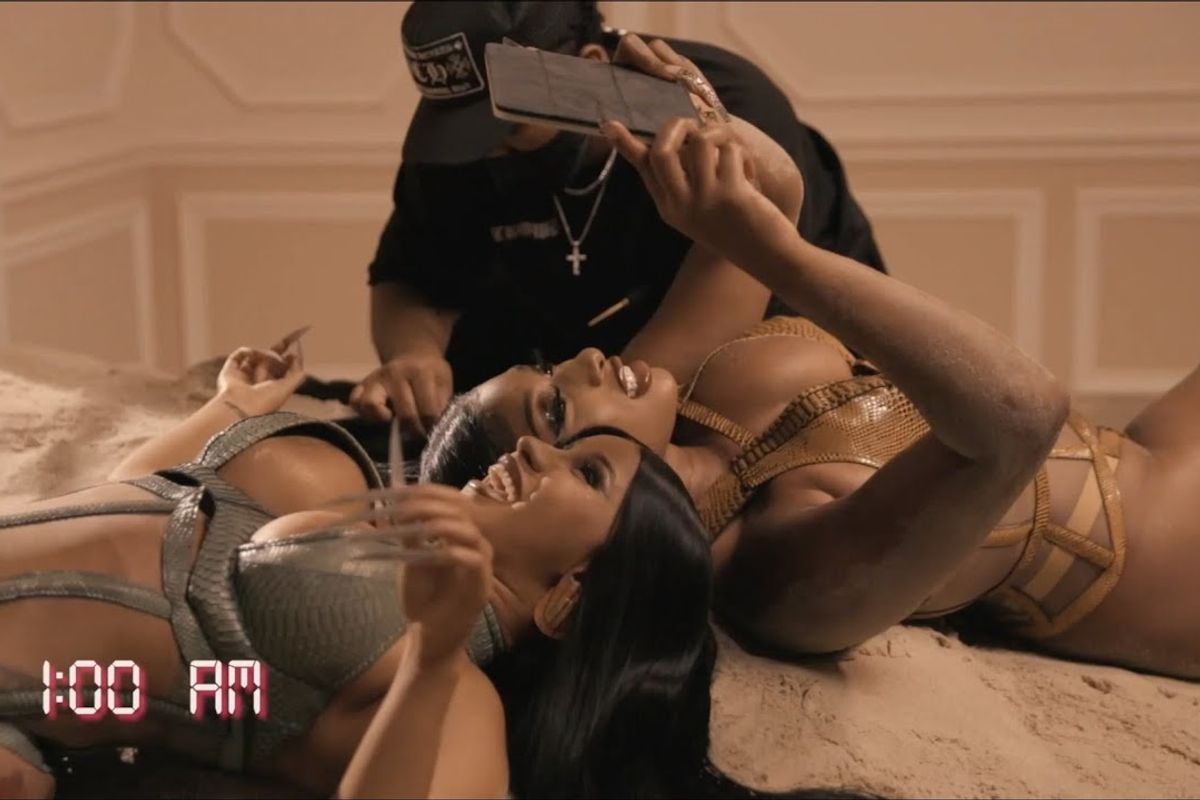 The Snakes in 'WAP' Were Too Real for Megan Thee Stallion

It was the late summer smash that left us all thoroughly soaked and made Carole Baskin furious. It wasn't hard to see why Cardi B and Megan Thee Stallion's "WAP" went straight to the top of the charts: ridiculously raunchy lyrics and a vibrant star-studded music video that gave us choreography, color coordination, Normani. The only thing that would have made even better was Lizzo, but alas, it wasn't meant to be.

Related | We Almost Had a Lizzo 'WAP' Cameo

Now, Cardi B has given us a new behind-the-scenes look into the making of the instantly iconic video. Originally premiered last week on her OnlyFans, the first half of the two-part documentary sees Cardi contending with her corset in dance rehearsals, visually striking sets being built, the looming threat of COVID and cameos from some of the video's guest stars.

But perhaps the best part is getting to see the build up to Meg and Cardi's snake scene. From the two meeting the various pythons and boas that would soon be writhing around on their bodies to the unexpectedly frigid pile of sand as well as an unlikely friendship blossoming between Meg and her little green co-star.

"The snake's big as shit," Megan tells a seemingly unfazed Cardi as she pokes her head out of her dressing room. "What are we gonna do? When you see how big these snakes is, you're not about to be doing all that."

Watch the full behind the scenes look at "WAP" below: