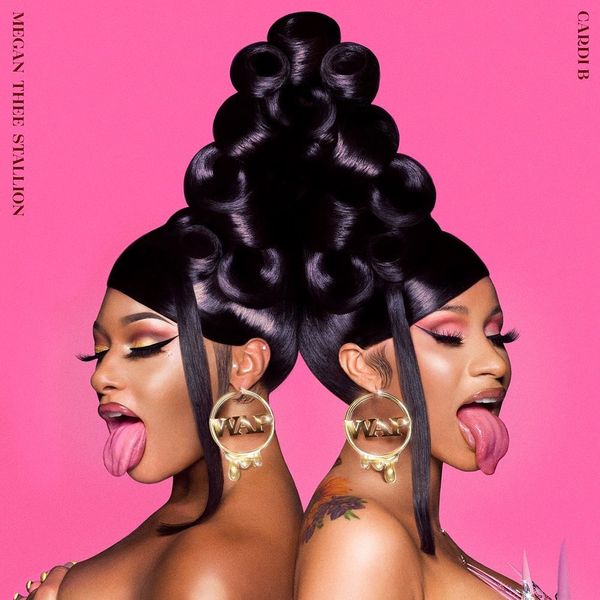 This year's pop charts have been absolutely dominated by all-star pop collabs from Doja Cat and Nicki Minaj's remix of "Say So" to Lady Gaga and Ariana Grande's dancefloor anthem "Rain on Me" with even Beyoncé getting in on the action hopping on Megan Thee Stallion's "Savage" — and it looks like they're all about to get some company from Cardi B.

After teasing her fans Sunday night that she would be making a big announcement, Cardi B has confirmed the release of a brand new single, "WAP," with none other than Megan Thee Stallion.

Out this Friday, "WAP" marks Cardi's first new single, aside from a few features, since last year's "Press" as well as her first collab with Hot Girl Meg. The announcement also comes alongside some killer cover art featuring the two rappers' tongues out, back-to-back with identical interlaced beehives.

Related | Cardi B Is Starting an OnlyFans

Pre-orders for signed copies of the single and merch have already crashed Cardi B's website, so clearly fans are anticipating this to be one of the biggest songs of the summer.

Both artists are already having monumental years, with Cardi starring in Netflix's Rhythm + Flow, teaming up with Camilla Cabello on an Ed Sheeran track and even starting her own OnlyFans. Meanwhile, Megan released her album Suga, starred in a Savage x Fenty campaign and was a judge on HBO Max's Legendary.

Given all of that, one can only imagine what a combined effort from these two powerhouses will produce — so brace yourself because "WAP" arrives in a few short days.