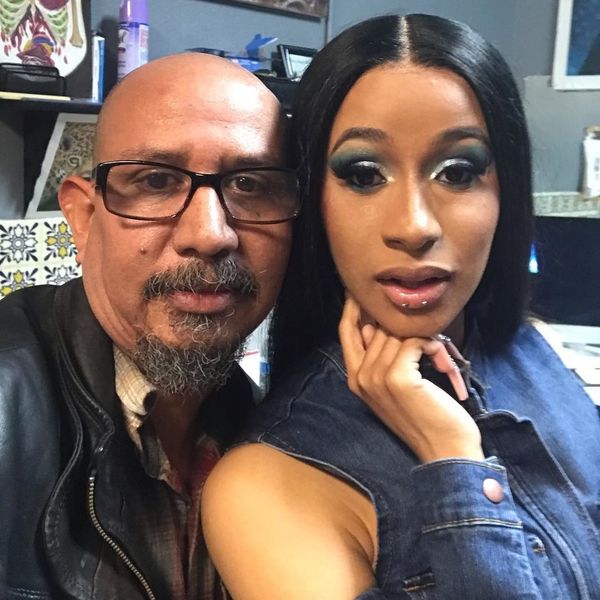 We Called Up the Guy Who Pierced Cardi B's Lower Lip

Cardi B has had a wild week what with her historic Grammys win and a brief hiatus from Instagram, which she decided to celebrate with not one but two lip piercings at a California tattoo parlor.

Luis Vega, the man behind the piercing and owner of City of Angels Tattoos, tells PAPER over-the-phone that less than a week after Cardi's surprise visit, business is booming: "I've been getting so many phone calls, it's great," he says. "The walk-ins have gone up, [and] so have the appointments for both piercings and tattoos. My social media is also blowing up, since I posted the pictures. I'm very happy." Cardi's impact!

Interestingly, Vega had no idea who Cardi was when she first walked into his LA studio and assumed she was a "former client." Naturally, when he finally figured that it was in fact Cardi B chancing upon his insane bargain deal at $25, he was more than elated. He decided to honor her visit by offering his services at $20 for anyone who walks in all week.

Vega also adds that he would love to have the singer back since her last visited was short lived: "It was a bit rushed," he says. "She is a star, you know? She's busy. Plus she didn't want to draw any attention. So she left pretty quickly after."

Despite their encounter being brief, Vega only has fond memories of his rendezvous with the star. "She's really strong and independent as a person," he says. "She knew exactly what she wanted when she walked in. I didn't really need to make suggestions. She's just overall an awesome human being."

Cardi B dropped a collaboration with Bruno Mars today — her first taste of new music since 2018's "Money." Stream "Please Me," below.