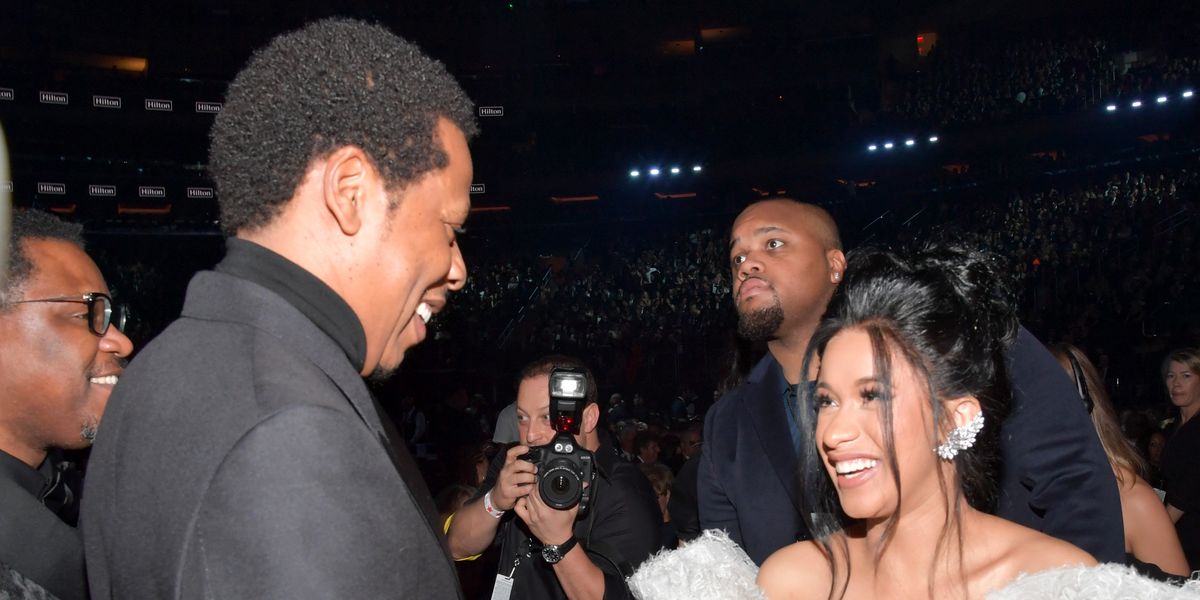 Jay Z Rightfully Paid His Respects to Cardi B at Coachella

SZA on Instagram: “Umm dead ass saw this queen at 2am last night and she WASN’T sitting...Iono how she does it!! 😰🏆👑🙏🏾💞Thank you SO much for having me ! Sooo…”

As reported by forever fave, SZA, Cardi B was out until 2am the night before her set (during which she brought out Invasion of Privacy features SZA, J Balvin and Bad Bunny), partying into the wee hours after attending Beyoncé's two-hour show. While she sat in the crowd watching the queen, fellow New Yorker Jay-Z ambled over, showering Cardi with praise, rubbing her belly and quite literally bowing to her — as should we all.

Related | Watch Cardi B and SZA Perform Together at Coachella

In the words of Nicki Minaj, only kings recognize queens and Cardi B is on fire.