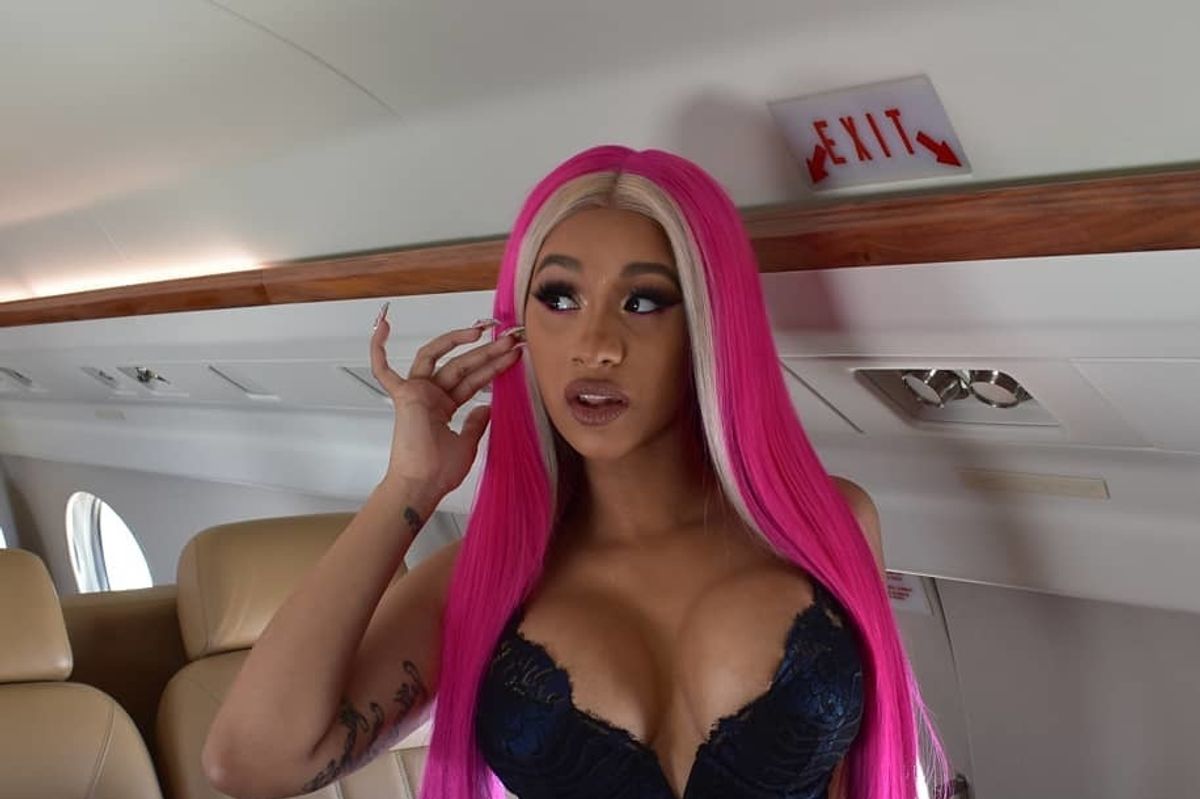 Cardi B Had To Cut Her Private Jet Budget

Almost every Cardi B song touches on the subject of wealth, from her breakout hit "Bodak Yellow" to her latest single, literally called "Money." And given the massive success of her music, a recently announced Netflix deal, and collaborations with Fashion Nova and Reebok, you can see why dollar signs are on her mind. Rest assured, though, that she's spending her presumably large amounts of cash wisely.

In a new interview with Elle, Cardi B says that she actually adheres to a strict budget. Her main strategy right now? Leaving the private jet at home and flying commercial.

"I am the type of person that if I'm not flying with more than three people, I'm not taking no fucking jet," she explains. "Let's say if I'm going to Atlanta, right? A regular Atlanta trip is about five hundred dollars. Maybe a thousand dollars if you buy the flight the same day. Why would I take a fifteen thousand dollar jet flight? Just to go to Atlanta? Let's say I'm going to LA, right? Why would I pay two, three, why would I pay sixty-fifty thousand? To just go to LA?"

So, not the most immediately relatable budgeting advice for those among us who are more worried about making rent than flying United. But definitely an interesting insight into what it's like to become extremely wealthy in a very short space of time, as Cardi has. The rapper goes on to explain that she is keeping careful track of her income, and making sure the books are balanced: