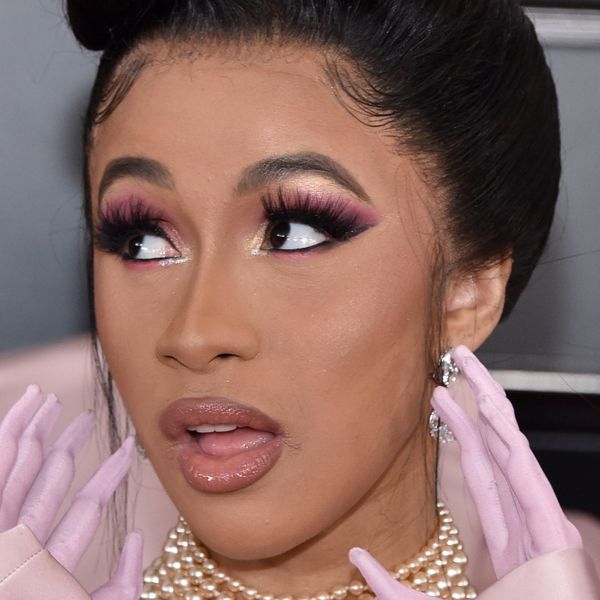 Cardi B Is a Literal Bombshell on the Grammys Red Carpet

Cardi B made quite the fashion statement on the 2019 Grammys red carpet. Not only did the rapper appear as lovey-dovey as ever with her husband Migos rapper Offset, but she came dressed as a giant open clam. And Cardi sure brought the look to life, posing for the cameras.

The dress is a vintage gown by the legendary French designer Thierry Mugler from his 20th anniversary collection in1995. She wore it exactly as model Simonetta Gianfelici did at Mugler's fall 1995 show, with pearls adorning her hair, her neck, and her waist.

The designer himself posted a photo of Cardi, with the caption, "Cardi B attends the Grammy Awards exclusively wearing the pink duchess and satin velvet Venus sheath dress over a blush embellished bodysuit from the fall winter 1995-1996 couture show at the Cirque d'Hiver."

As the Vogue archives cite, Mugler "was a showman who went on to design costumes for the movies and, yes, the circus." Among the wild looks in this collection included a cyborg getup, and full latex suits. But make no mistake, he's definitely kept with the times, and has gone on to more minimalist silhouettes, and minimalist monochrome looks.

Aside from Cardi, the designer also dressed Miley Cyrus with a black evening suit for the 61st Grammy Awards. In the past, he's also dressed artists like Chloe and Halle, as well as Justin Skye.