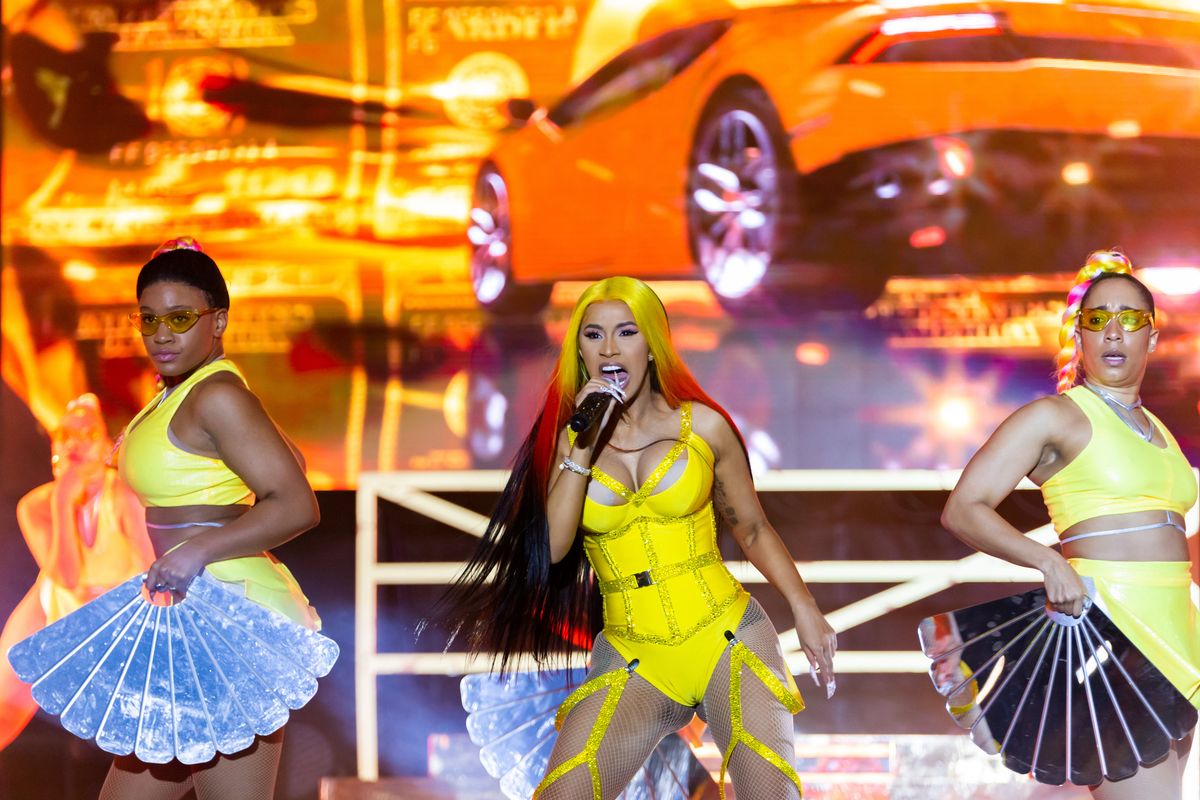 Cardi B Calls Out TikTok Star Emmuhlu Over Old Videos

There have been several instances of Cardi B dragging people online that have disrespected her in some way, shape or form. Her latest adversary is TikTok star Emmuhlu, who has used her platform of over 1.2 million followers to call out Cardi for her lyrics. In a couple of stinging and now-deleted tweets, the rapper set the social media star straight on allegedly being a racist and talking about her in the past.

On August 24, Cardi took to Twitter, calling out Emmuhlu by posting a link to a video of the latter using the n-word. "Fish lips is this you?," wrote Cardi. "Please keep my name out of your mouth. You disguise yourself as a person that love black female artist, but you a real life racist."

Cardi wasn't done there. She continued in another-deleted tweet that explained why she posted the previous clip. "Been talking about me for months, bitch probably want my skin color... Then disguise herself as a black female rapper stan to hide her racism and gain followings... Like goodbye pita bread lip having..."

From there, Cardi decided to call Emmuhlu out for using mental illness as a defene mechanism for picking on celebrities. "She wants to talk about mental illness after she got expose for being a RACIST sloth," wrote Cardi. "Meal illness, depression, is real, but I don't buy it from bitches that talk shit and fake bully celebs then strat crying mental illness."

Later on, after the smoke cleared surrounding the one-sided virtual standoff, Cardi took to Instagram to make sure that fans understood why she, seemingly unprovoked, responded to Emmuhlu's old videos. "You have made like 10 videos of me disrespecting and picking one me," she wrote. "If you experience bullying, depression, if you know who you are, why do you do it to others? I am a person too! I got feelings too! My feelings get hurt too! So it's OK to pick on people on the internet for shock value? And when I stand up for myself, I got to be mindful that you are 18? You don't gotta pick on people for attention. Shit is wack."

Emmuhlu later hopped on Instagram Live and, although frustrated, gave Cardi an apology. "She's attacking my appearance," she said. "Me, now, I'm 18 years old. So she's attacking a teenage girl's appearance over a sily video. It was a joke. You're 26 years old like, why are you doing that? Why? I actually genuinely am sorry that I made a joke at her expense."

The social media star went further, explaining that her videos about Cardi were a part of a TikTok trend about the rapper's beef with Nicki Minaj and that she "respected" her politics. After apologizing for using the slur in the unearthed video, she deleted her Instagram page.

Although Cardi scrubbed all traces of her verbal kerfuffle with Emmuhlu from her social media profiles, she did leave up this tweet agreeing with a fan about defending herself

Well. that settles that.