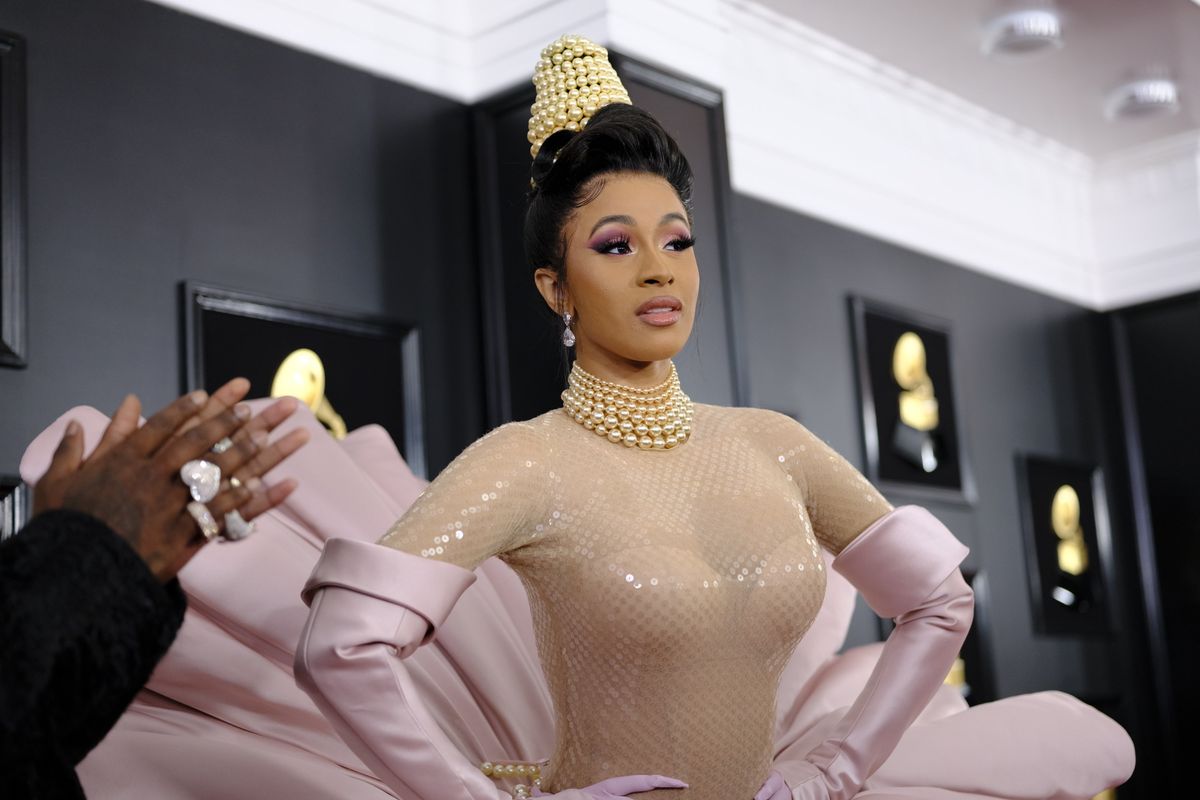 In case you didn't hear, Cardi B owns "Okurrr" now. No, like she owns it. She registered the trademark, and is now defending herself from fan backlash.

"Okurrr," which Cardi once likened to the call of a shivering New York City pigeon in winter, has been the rapper's go-to catchphrase for a while — some people credit Khloe Kardashian with originating it, but the term comes, as so many things do, from drag and ballroom culture. It first really hit the mainstream via Rupaul's Drag Race contestant Laganja Estranja, though queens like Alaska and Alyssa Edwards had an affinity for it too.

After facing an angry comments section yesterday, Cardi B took to Instagram this afternoon to film one of her characteristically honest video responses, deleting it shortly after. The rapper defended her trademark decision, saying she's been okurrr-ing for free for far too long: "Every single time I go to a corporate meeting, every time I go to a TV show, every time I do a commercial.... you think i'm not gonna profit off this shit?" she asked. "Bitch white folks do it all the motherfucking time so you gonna be mad at me?While I'm still here I'm gonna secure all the fucking bags."

Related | Cardi B, J.Lo, Constance Wu Will Star in a Scamming Stripper Movie

It's true that "Okurrr" joins the ranks of numerous other patented celebrity sayings. Paris Hilton once trademarked her immortal "That's hot" line, Rachel Zoe somehow managed to trademark "bananas," and Taylor Swift attempted to trademark several of her 1989 lyrics including, most puzzlingly, "this sick beat."

Cardi B also told her naysayers that they should try and monetize their own shit: "Let me give y'all a secret too. It's 2019 bitch, there's a lot of ways to get rich."

Okurrr, but what are they? Can she please be more specific next time?