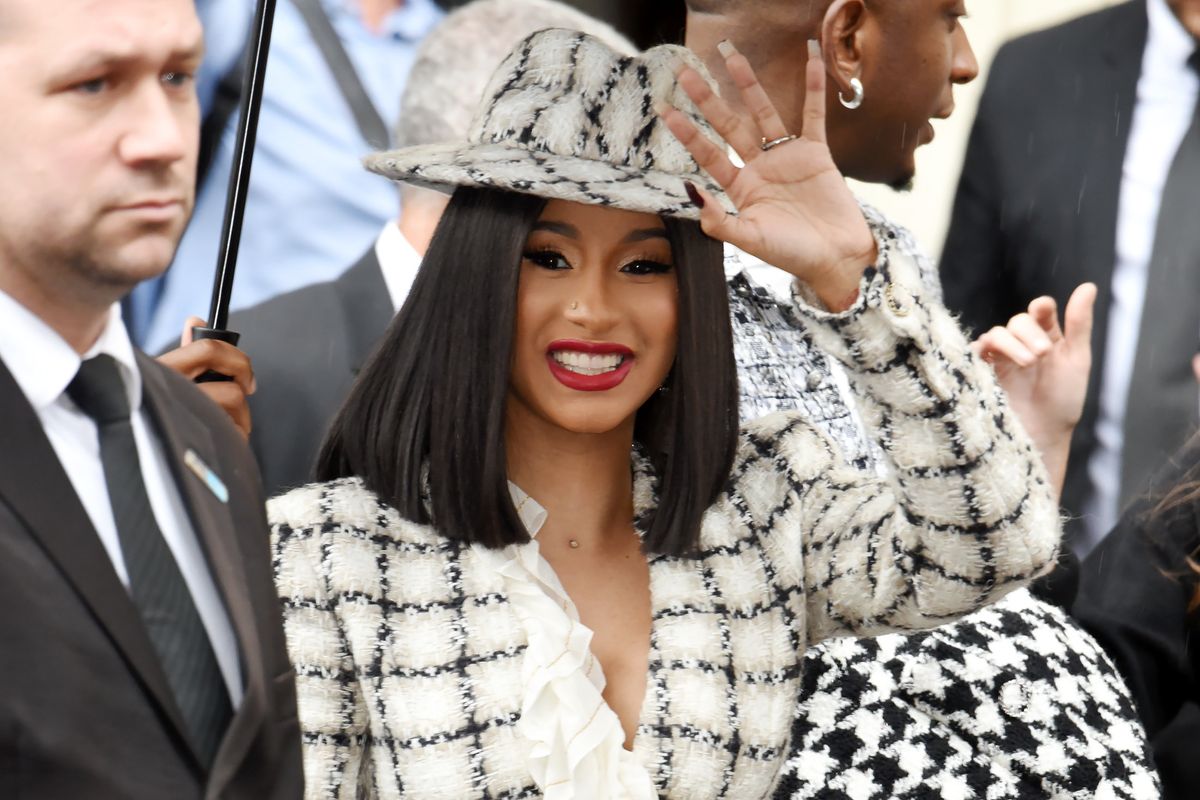 Over the weekend, America's Sweetheart Cardi B announced on Twitter that she aspires to enter a congressional bid for office because she does not "agree with the government," but "deadass have sooo much ideas that make sense." Fair!

I think I want to be a politician.I really love government even tho I don’t agree with Goverment
— iamcardib (@iamcardib)1578865885.0

Cardi's inspiration to run was drawn from war documentaries she recently watched. She expressed her disinterest on wars, like the one happening in Iran now, writing: "How are you trying to go against a country and possibly start a war when this country lacks patriotism?"

Like I was watching War https://t.co/r4gwhTQkHy matter how many weapons a country have you need people ! How are yo… https://t.co/PsV1ZVOYjQ
— iamcardib (@iamcardib)1578866350.0

Among Cardi's supporters, some even suggested she should throw her hat into the 2020 presidential race, or run alongside other candidates, such as Bernie Sanders, who has commended her political engagement with fans. Naturally, Cardi For President memes are already circulating online.

Just today, Sanders told TMZ that Cardi's potential run would be a "great experience" for her, since she knows "the struggle." Last year, Cardi B sat down with the presidential candidate in an interview aimed at encouraging youth to vote for him in the upcoming election. (Cardi also backed Sanders in the 2016 race, Politico reports.)

On the flip side, Cardi's decision was scrutinized online by skeptics who believed her interest in politics was sudden.

Ever the outspoken one, Cardi had some choice words for the one who chose to spell-check her. But she makes a slightly more valid argument, below, so... we shall see. Cardi 2020?

Let me tell you something cause every time I post anything political I get attack all type of crazy .If you are a c… https://t.co/QF3o64asIt
— iamcardib (@iamcardib)1578987173.0