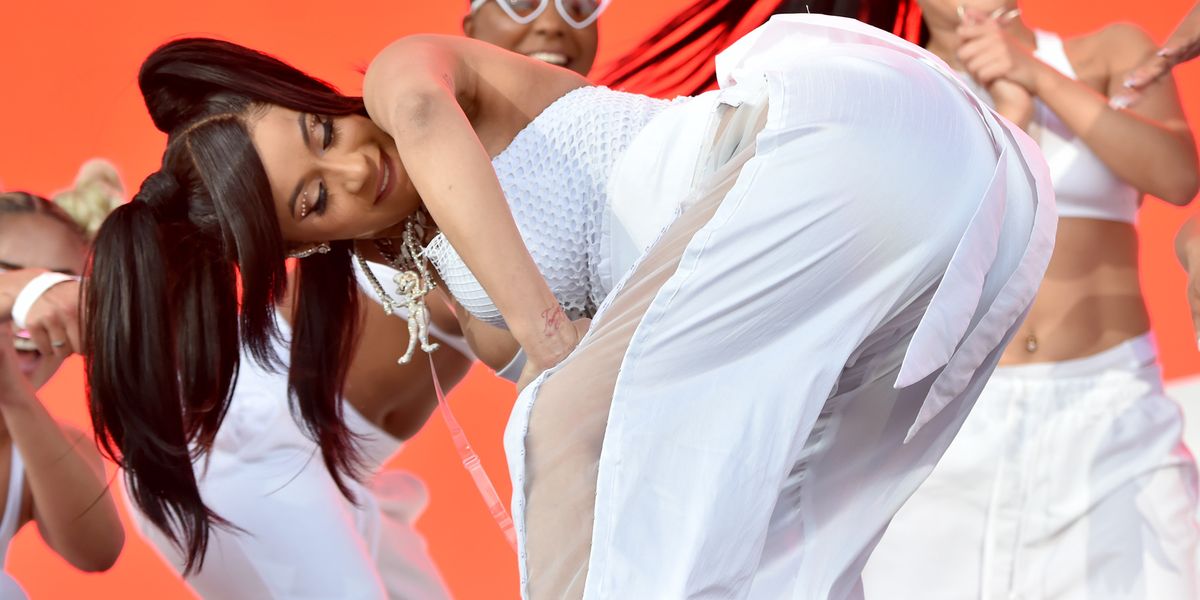 Pregnant Cardi B Twerked at Coachella, Much to Our Delight

On Saturday, Beyoncé made history as the first black female artist to headline Coachella, and also rebranded the California desert festival as BeyChella following her Earth-shattering two-hour performance featuring 100+ dancers, stepping, skits, Solange and Jay-Z appearances, a Destiny's Child reunion, and a tour through most of Bey's catalogue. It was heralded as one of, if not the best live performance of its kind of the past few decades, guaranteeing that any follow up act would have a tough mountain to climb to be even a blip on the weekend's memory.

Leave it to none other than Cardi B to come through in her own unique way, adding to the magic of it all with her own performance partially funded by her own money. Cardi took to the stage in all her eight-months pregnant glory to perform songs from her No. 1 Billboard debut album Invasion of Privacy, and where some, less imaginative artists might have been paralyzed at the dichotomy of being fully pregnant and having a raunchy brand based in part on their past as a stripper, Cardi managed to combine the two flawlessly into something perfectly over-the-top.


While dancers flipped around on poles behind her, Bardi brought Boachella to its feet in an all-white ensemble reminiscent of early TLC looks. She brought out several artists featured on her album, including G-Eazy, YG, Kehlani and Chance the Rapper. It was during her and YG's performance of "She Bad" that Cardi started twerking herself:


Cardi B fresh to the game and has more breath control than some of your favorite seasoned rappers. And she's pregnant.
— King Quenchi (@King Quenchi)1523846093.0