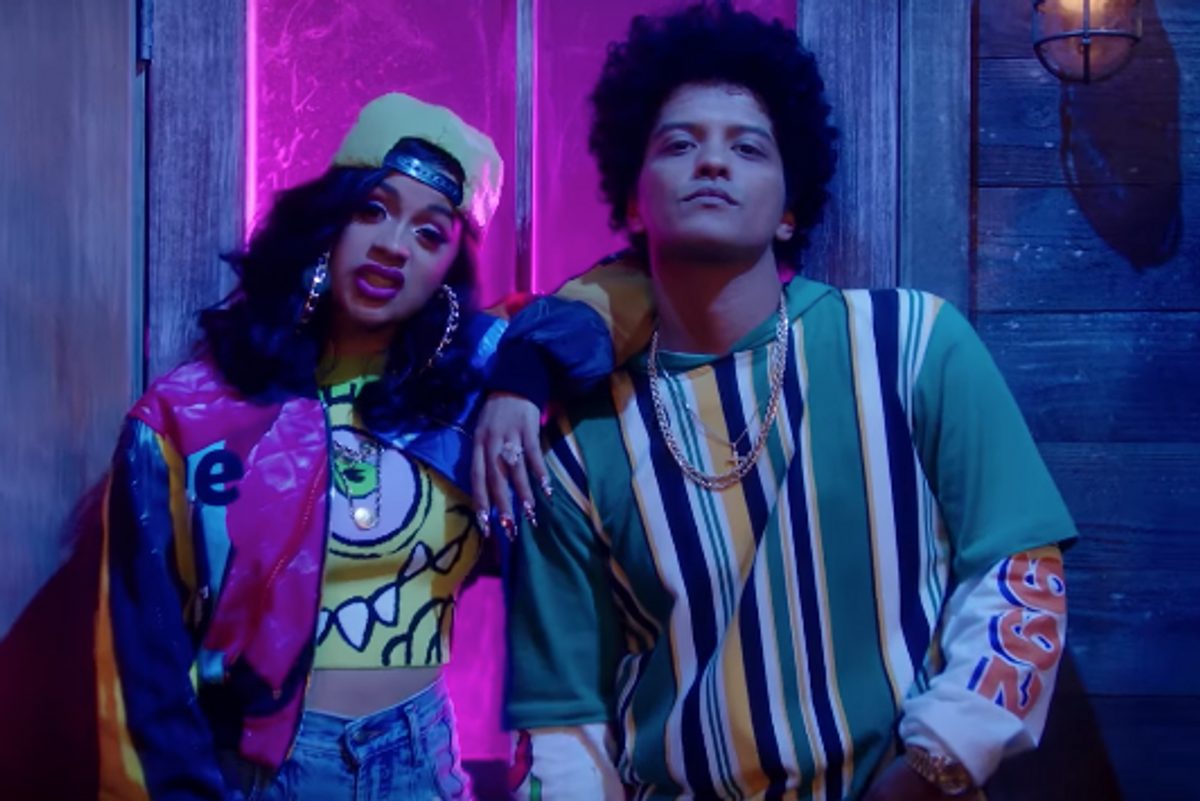 Cardi B and Bruno Mars teamed up to drop not only the remix of "Finesse" off Mars' 2016 24K Magic that they've been teasing, but a '90s-inspired video to go along with it.

The original song, co-produced and co-written by The Stereotypes, has a nostalgic R&B beat to it already, which Cardi naturally crushes with her trademark swagger. The video is clearly inspired by In Living Color, the iconic '90s sketch comedy series that starred the Wayans brothers and their family members.

This video is dedicated to one my favorite T.V shows of all time
— Bruno Mars (@BrunoMars) January 4, 2018

Shout out to the people over at Fox Studios and a very special thank you to @keeneniwayans🙏
— Bruno Mars (@BrunoMars) January 4, 2018