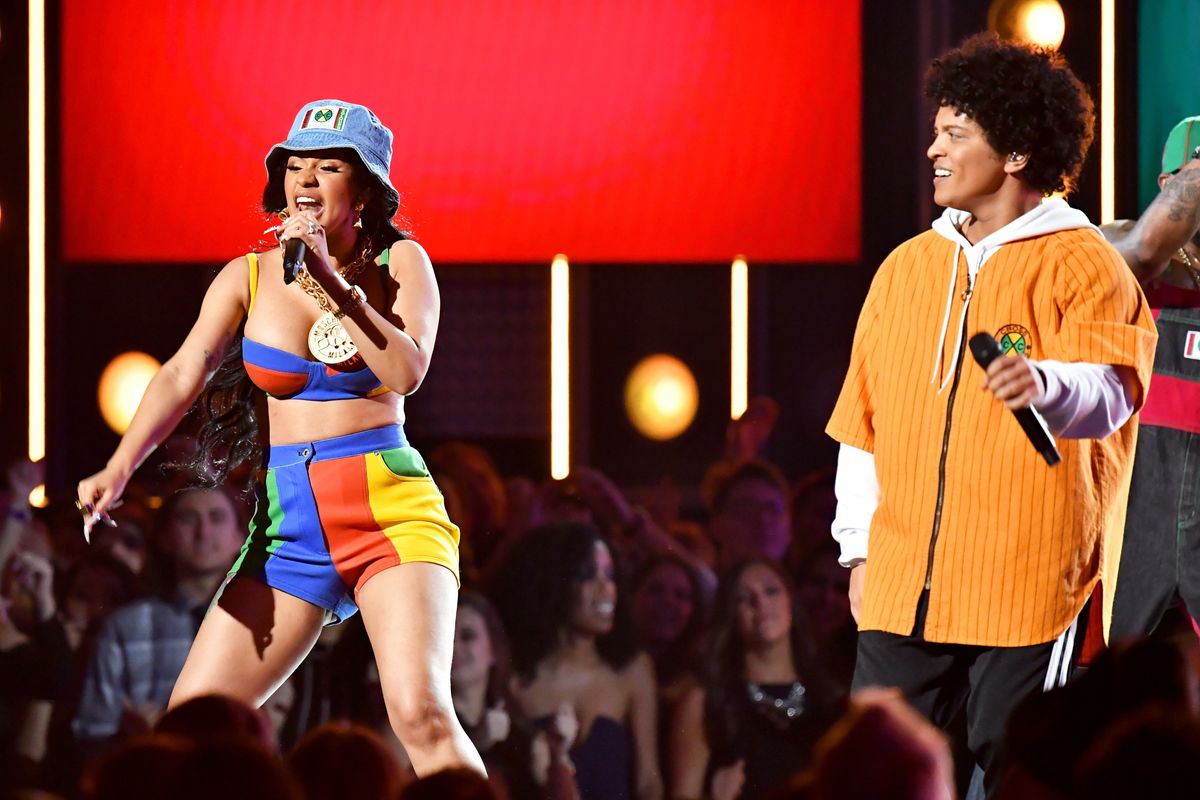 Cardi B Backs Out of Her Tour with Bruno Mars

Cardi B can't leave newborn baby Kulture just yet, so on Friday the rapper announced that she will no longer be touring with Bruno Mars for the final stretch of his 24K Magic Tour this fall. In an Instagram post, she said, "I thought that after giving birth to my daughter 6 weeks would be enough for me to recover mentally and physically." And we wouldn't have doubted the new mom if she said six weeks was enough—after all, she was twerking while she was pregnant like the goddess she is.

But, ultimately, she says she "underestimated this whole mommy thing." She thought she could bring her daughter on tour with her, but it just was not a possibility. She said in the note, "the doctors explained it's not healthy for her to be on the road," and leaving her is definitely not an option. She then asked for understanding from fans, "this decision has been the hardest to make, but I have to do what's best for myself and the baby!"

Iamcardib on Instagram: “I hope you guys understand .This have been such a hard decision .I want to thank @brunomars for understanding .”

Bruno Mars then sent a message back to Cardi through Instagram, expressing that he respects her decision and that all is well. "Most important thing is you and your family's health," he said. "You are absolutely doing the right thing. I also know we'll share the stage when the time is right." The singer ended his message saying, "We love you Cardi and we will play Bodak Yellow every night in your honor. Please give your baby girl a hug from me and a hug on behalf of everyone on The 24k Magic Tour."

Thank you, Uncle Bruno, for being the cool uncle who understands, even though it will probably be difficult to find an act that beats Cardi B. TMZ reports that Bruno's team is currently scrambling for an opener. Sources to connected to Bruno's tour allegedly spoke with the celebrity news source. "We're told Bruno's people were burning up the phones Friday ... starting conversations with reps from a number of musicians but nothing is close to being locked down."

And, naturally, time and energy has already been spent while the team was preparing for Cardi. TMZ's sources say that "Cardi's decision to back out of the tour has created some issues ... dancers were hired, costumes made and stage backdrops built."

Bruno Mars's fall tour kicks off in September. Hopefully they figure something out soon!