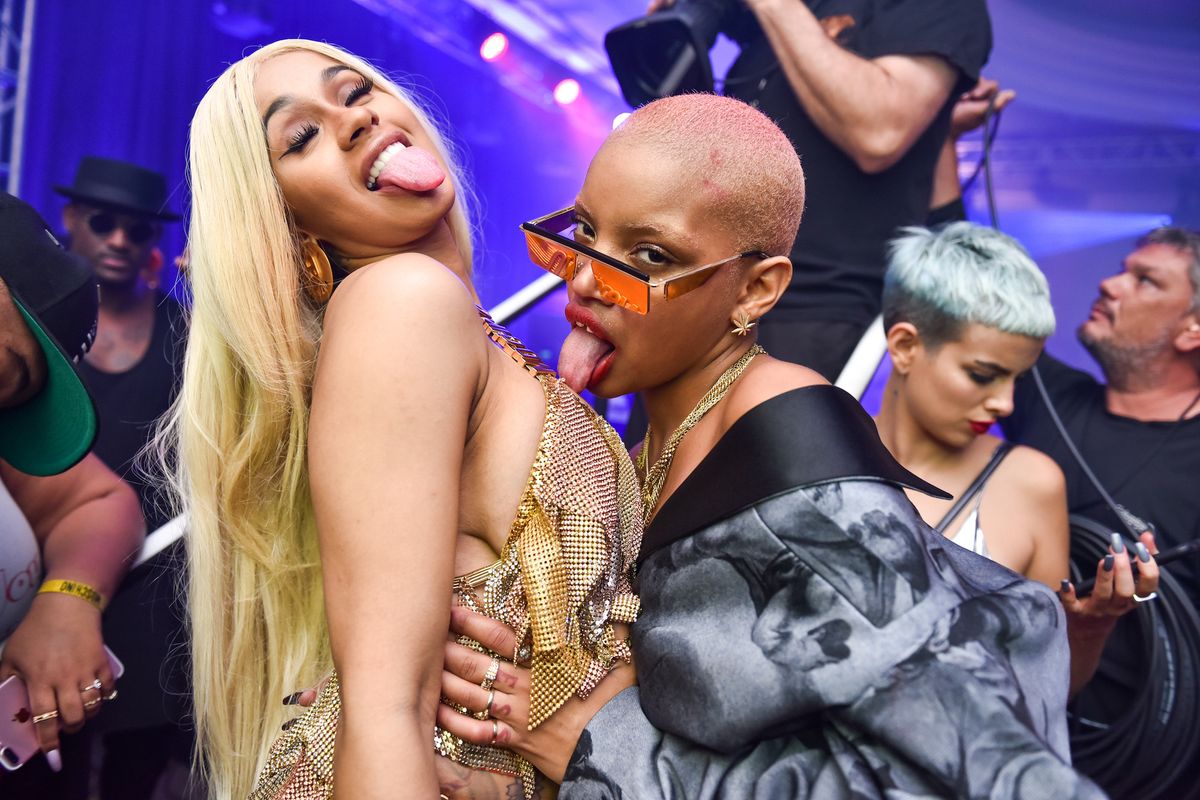 Cardi B Brought Down the House at Moschino's Art Basel Party

Hordes of glittery, neon-wearing kids crammed into a ballroom at the Eden Roc Miami Beach hotel in Miami Beach for Moschino's Art Basel bash, hosted in partnership with TIDAL, for the chance to catch a live performance by hip-hop's woman of the hour, Cardi B. The fashion brand toasted the launch of their Gold Fresh fragrance and creative director Jeremy Scott hosted an intimate dinner in the hotel's pool area for friends like Joan Smalls and Paris Hilton before it was time for Cardi to take the stage. Guests could wander around the hotel's lobby bar or head into the ballroom for Cardi's performance, which included a duet with G-Eazy and was preceded by a DJ set from Diplo.

Eden Roc itself had recently undergone a transformation when the Miami Beach stalwart joined forces with famed chef/restaurateur Nobu Matsuhisa to revamp and create two hotels-in-one featuring a new design by famed architect David Rockwell that blends Miami Beach vibes with Japanese zen. The hotel had previously been home to the namesake restaurant since 2015.

Click through to see pics from the night below including shots of Cardi, Slick Woods, Paris Hilton, Joan Smalls, Jeremy Scott and more.