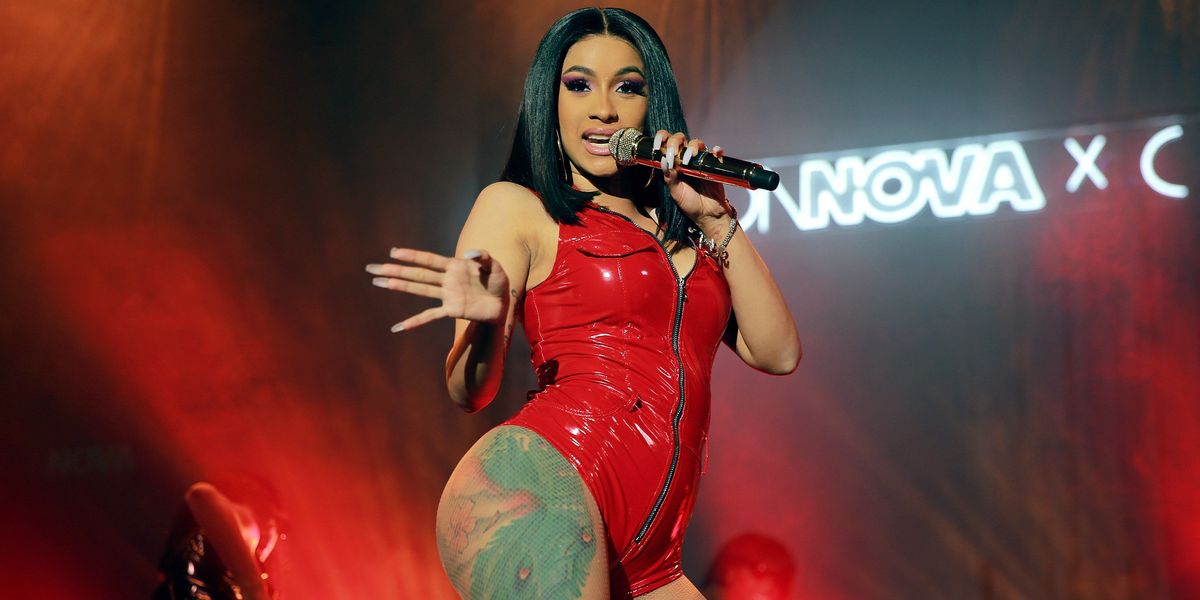 Cardi B Voices Support For Britney Spears Amidst Personal Struggles

It's no secret that Cardi B is a huge Britney Spears fan, so it makes sense that the rapper would be worried amidst all the speculation surrounding Spears' personal struggles.

While speaking to Entertainment Tonight at the launch of her Fashion Nova collaboration yesterday, Cardi touched on her admiration for the pop star and even said she'd love to work with her at some point. However, things took a more serious turn when the topic of Spears' recent struggles — including a restraining order against ex-manager Sam Lufti and a stay at a mental health facility related to stress surrounding her father's health — came up.

"I love you and I totally understand," Cardi said in a heartfelt message to Spears. "Fame will really drive you insane. Not only will fame drive you insane, but it's like, once you have money, and everybody just wants to take it from you, or sometimes you just have, like, your own personal problems."

Cardi then went on to lament the lack of privacy for celebrities and said she sympathized with Spears, especially since she has been in the spotlight for so long.

Watch Cardi's message to Spears, below.

Cardi B sends a message of support to Britney Spears, talks about why it was so important for her to open up about her liposuction, and reacts to finding out she was booked to work on her first Mother’s Day with Kulture. pic.twitter.com/1YAlzywdH7