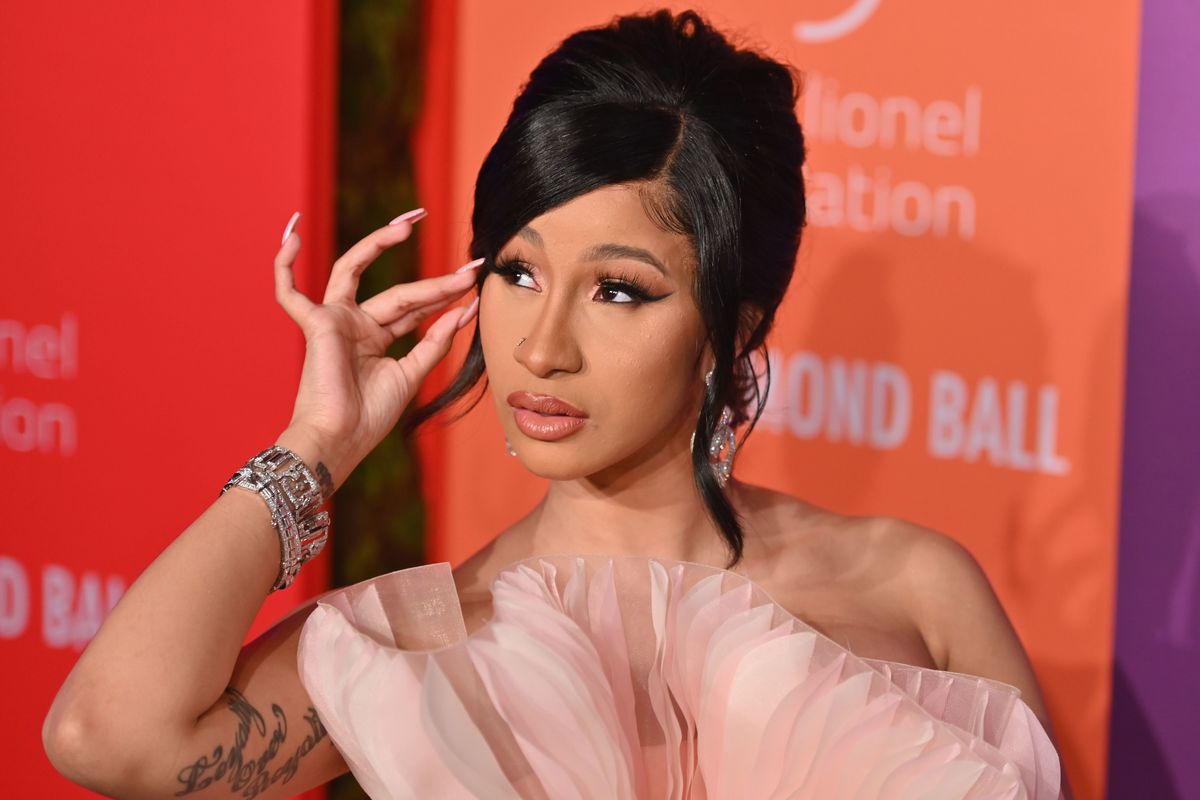 Did Cardi B Respond to Tekashi 6ix9ine With the Keke Palmer Meme?

Tekashi 6ix9ine was generous with names while testifying as a prosecution witness against member of his former gang, the Nine Trey Gangster Bloods. During his cross examination, one of the names he confirmed as a fellow Blood was Cardi B, reports NBC News.

This was momentarily expected to be a scandal, but the "Bodak Yellow" star has already been extraordinarily open about her past, from sharing tales of robbing clients while she was a stripper on Insta Live, to chatting about her past gang affiliation in interviews.

Quickly, everyone realized that they already knew Cardi had former ties to the gang, not least because she talked about it at length in a 2018 GQ profile. Here's the passage:

"When I was 16 years old, I used to hang out with a lot of"—agonizing, cliff-diver pause—"Bloods. I used to pop off with my homies. And they'd say, 'Yo, you really get it poppin'. You should come home. You should turn Blood.' And I did. Yes, I did. And something that—it's not like, oh, you leave. You don't leave. Stripping," which Cardi began at 19, "changed my life. When I was a stripper, I didn't give a fuck about gangs, because I was so focused on making money."

"When I was younger, I used to go very hard. As I got older…you can do your own thing, but you always got to check in with your set. You don't leave your people behind. They will understand I don't be doing it because I'm an adult now. After you're in your 20s, why would you join a gang? That's something that you do when you're young. I don't even got to keep up communications. I keep communication because I'm used to it. There was a point when I was like 20, 21, 22…I was repping it, but I know that things change, Big Homies change, and I knew I had to check in again. It's like almost like renewing your license. I kept repping something, [but] people was like, 'Okay, but you're not under the right person.' So it's like, 'Okay, I gotta do it real right.' You gotta get in the loop.

If somebody was to tell me right now, 'I want to join a gang,' I would tell them that it's a waste of your money, it's a waste of your time. And then you can never leave it. Sometimes these people are gonna expect you to be at meetings when you have a job. You gotta be at work till 9:30 p.m., and you cannot go to a powwow because you at work. How you tell that to people? One of the laws in my set is that you always gotta have a job, you always gotta do something to contribute, to be right in the community. They want everybody to be successful. Nobody want to be in a group full of bums. Nobody want a group full of bums."

Related | Cardi B Speaks Out About Jay-Z's NFL Deal

It's a little hard to parse to what extent today she considers herself a Blood today, but certainly Tekashi 6ix9ine didn't tell us anything new.

Despite this, Cardi B was expected to respond. A rep from her label Atlantic Records refuted Cardi's past statements, telling Billboard: "This is not true."

However, Cardi took her publicity into her own hands, per usual, with a neatly timed, captionless Instagram post.

Cardi, who posted the video just a few hours after the news broke that Tekashi 6ix9ine had named her, appears to be passing along her Hustlers co-star Keke Palmer's now iconic message to the rapper: "I hate to say it, I hope I don't sound ridiculous, I don't know who this man is. I mean, he could be walking down the street, I wouldn't know a thing. Sorry to this man."

Related | If You Don't Know Who Keke Palmer Is, You Do Now

Palmer's clip — which was her response to being shown a photo of Dick Cheney during a "lie detector test" with Vanity Fair — has blossomed into the meme of the moment. The actress has already released a line of "Sorry to this man" t-shirts.

Who knows what the joke's internet half-life will be, but this week it was perfect for meme queen Cardi's message: whether or not it's true she's a Blood, she does not know who this man is or why he's talking about her. He could be walking down the street, and she wouldn't know a thing.