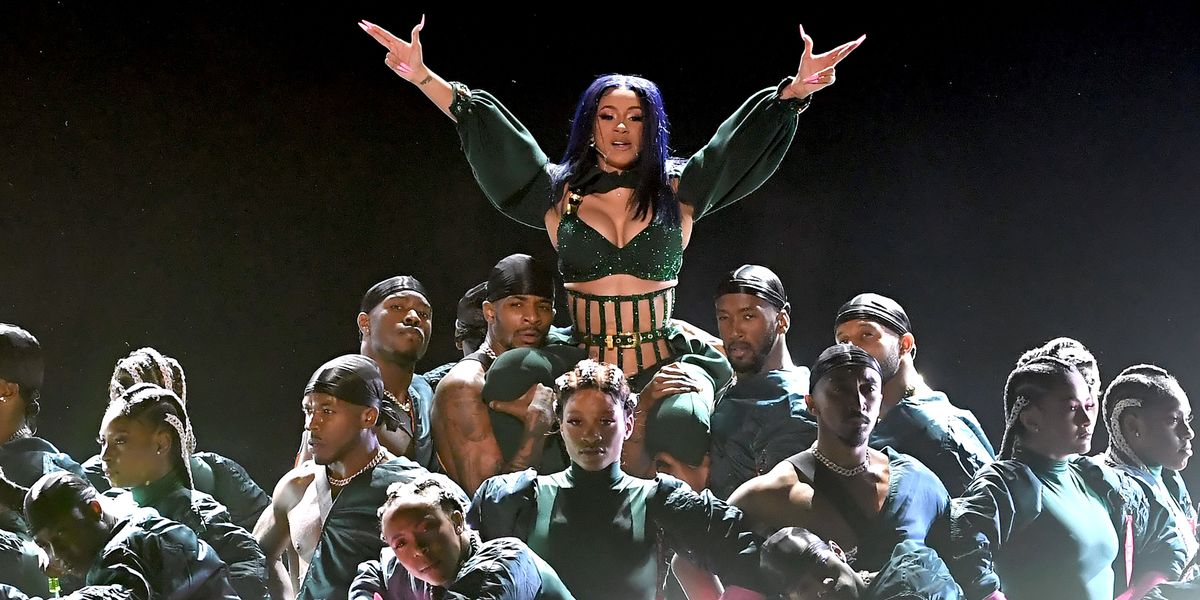 Cardi B Leads Her Own Army at the 2019 BET Awards

Cardi B opened the 2019 BET Awards with a bang, quite literally.

For the ceremony –– at which Cardi was up for seven awards and won two, including Album of the Year for Invasion of Privacy –– she enlisted an army of pink-gloved backup dancers alongside big show pyrotechnics. Also, her husband Offset, of course.

Cardi began her performance with the declarative repetitive bars of her media-averse new solo single, "Press." This gave way to smoke and theatrical explosions, so to speak, and soon, Offset was on stage rapping his verses on collaborative track with Cardi, "Clout," alongside his own all-male army. Cardi being Cardi, she did not miss the prime opportunity to replicate that song's sexy video with Offset, rewarding him with a lapdance for all the world to see.

She finished the set with the rest of "Press," and her all-female army joined forces with the men on stage. It all felt very Rhythm Nation with a healthy side of "guess who, bitch?"

Watch it all go down, below.