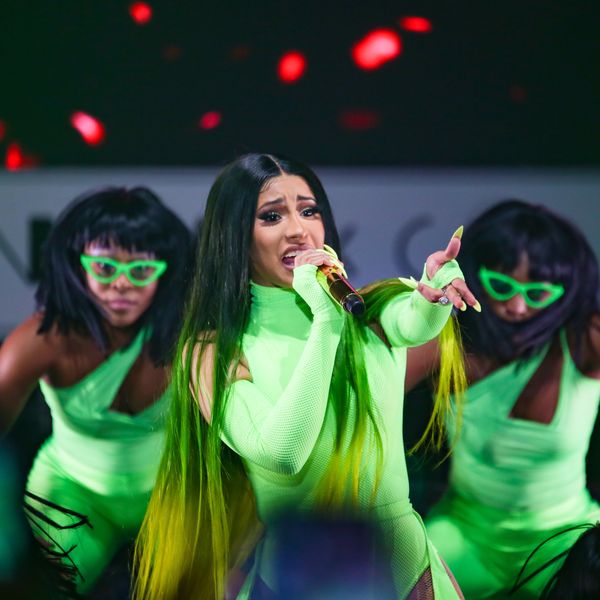 Bernie Sanders: 'Cardi B Is Right'

Earlier this month, Cardi B finally weighed in on the 2020 Presidential election by giving her endorsement to the Senator from Vermont, Bernie Sanders. In a tweet voicing her support for the candidate, Cardi explained her choice: "This man been fighting for equal rights, HUMAN rights for such along time. Seeing this country become a better place been really his passion for a long time not a new front for a campaign."

As it turns out, love between Cardi and Sanders is mutual; the Senator tweeted out his thanks for the endorsement only hours later, and revealed on Jimmy Kimmel Live! that the two have since had several conversations concerning the country's direction.

Now according to CNN, they have come together to film a new campaign video aimed at getting young voters engaged in the upcoming election.

Today @iamcardib and I finally met. We had a great conversation about the future of America. And let me tell you:… https://t.co/uQYRTStThH
— Bernie Sanders (@Bernie Sanders)1564456038.0

Naturally, the two sat down at Detroit's TEN Nail Bar to discuss pressing issues like student debt, climate change, and raising the minimum wage. "We (are) working on a way to involve more young people in the political process," Sanders told CNN. "The future of America depends on young people. They are voting in large numbers, but not large enough numbers."

For those familiar with the rapper, it should come as no surprise that Cardi has a vested interest in politics. From helping end the government shutdown at the beginning of the year to taking Tomi Lahren to task for mocking 21 Savage's arrest by ICE, Cardi has made it clear that she has had it with the current state of our country.

Cardi went on to thank Sanders on Instagram "for sitting with me and sharing your plans on how you will change this country. Stay tuned to see how he will fight for economic, racial and social justice for all. Together, let's build a movement of young people to transform this country."