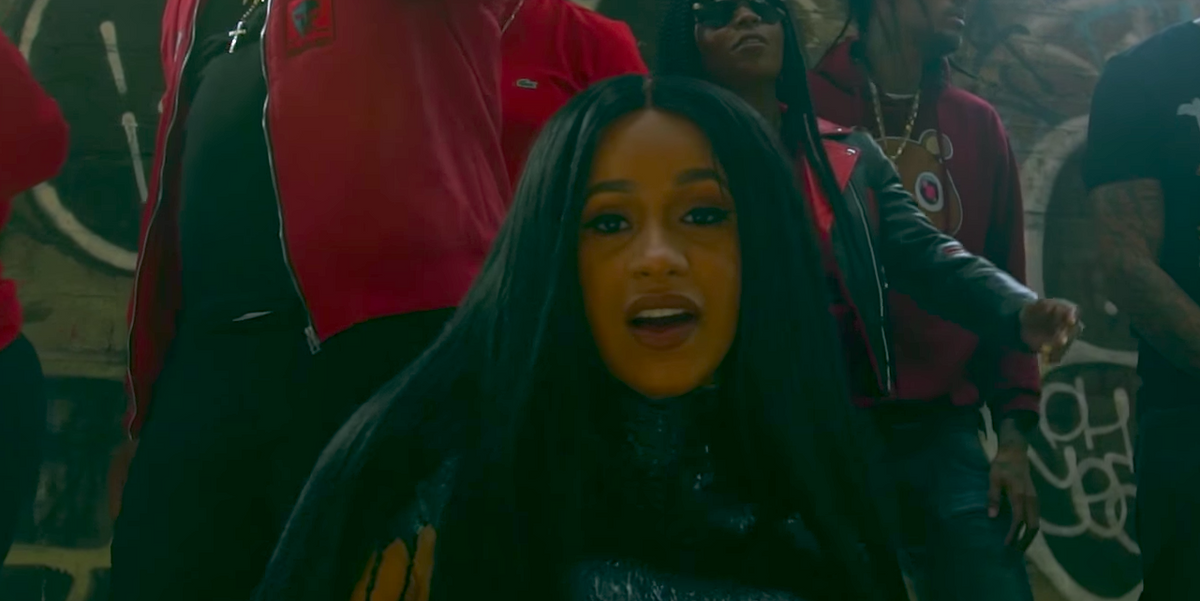 2017 has been a huge year for Cardi B. After starting the year with the release of her second fire mixtape in a row, Gangsta Bitch Music, Vol. 2, popping up everywhere during New York Fashion Week, bringing her romance with Migos' Offset to the screen in the video for "Lick," and securing her first ever BET Awards nomination, the Bronx-born rapper has returned with a new WorldStarHipHop-sponsored visual for mixtape track "Pull Up."

The video is mostly a posse cut, spotlighting Cardi in a number of fashionable looks as she stands in front of large groups of people wearing various shades of red (in the daytime scenes) and black (in the nighttime scenes). As is typical, the rapper delivers her quick lines with a noticeable sense of energy and attitude, all while giving impromptu poses and dips worthy of a Vogue cover shoot.