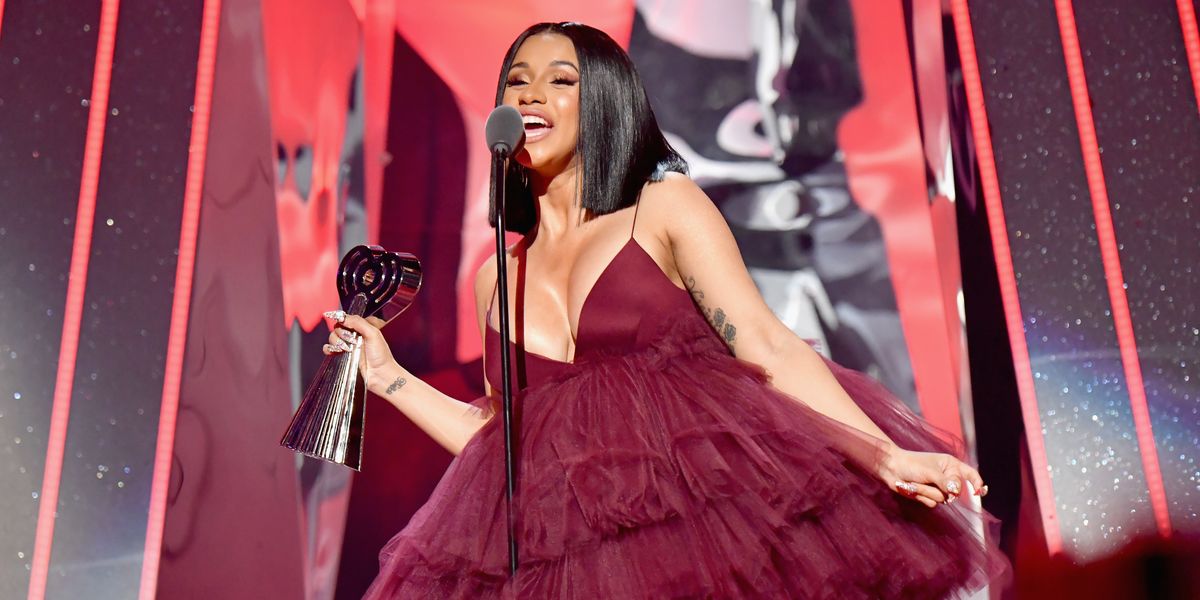 Cardi B has been dominating the airwaves, and now she has announced her much-anticipated album's release date.

Last summer, "Bodak Yellow" — the exuberant hit that made her the first female rapper to reach no. 1 in 19 years — could be heard blasted everywhere from cars stopped at red lights to grocery stores to headphones on the subway. And her success didn't stop there — she subsequently became the first woman to have five of the top 10 hits on the Hot R&B/Hip-Hop Songs chart.

While accepting the award for Best New Artist at last night's iHeartRadio awards, Cardi B announced that her album will be released shortly with characteristic charisma, saying, "My album will be coming out in April. Yessir, April — stay tuned motherfuckers."

Cardi B originally announced the album last fall, but later tweeted that she was going to "take my time till it's right."

I have a lot of pressure on me.I️ have songs stashed up .I just don’t think they qualified for my album .Sometimes… https://t.co/FwCAXEFlHp
— iamcardib (@iamcardib)1511116255.0

Now, it looks like Cardi B is ready to grace the world with what will undoubtedly be an album full of bangers, and we are here for it. Check out our interview with Cardi B here.