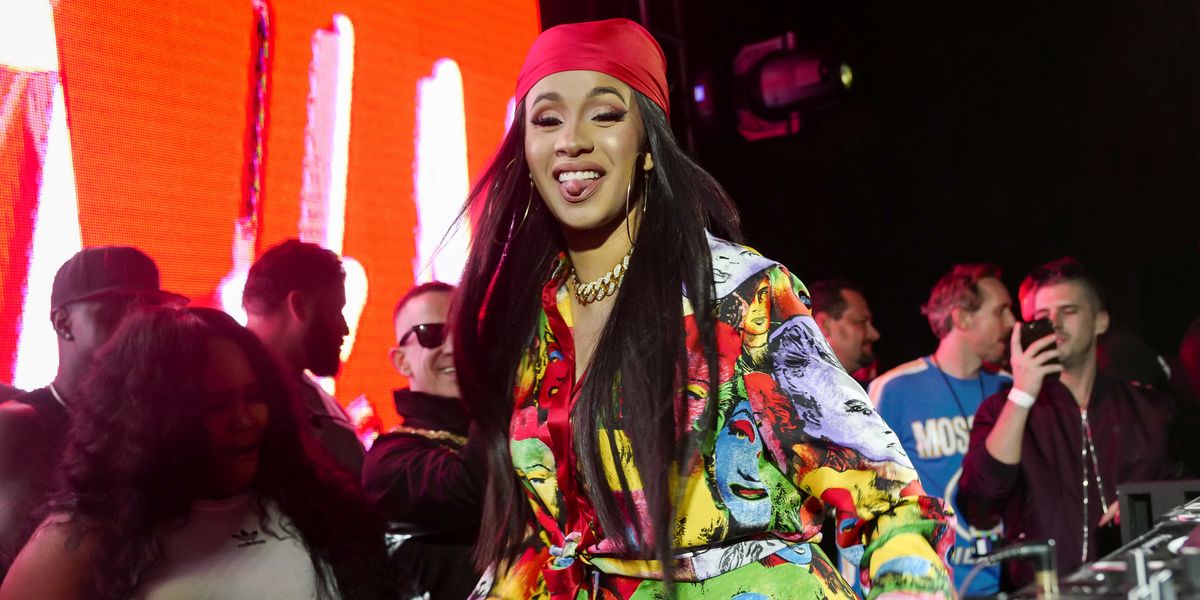 Cardi B, a fashion star in her own right, sports and supports the high-low mix, ranging from Christian Siriano to Fashion Nova (which, she will be soon designing for). And with news that the rapper/tax-truther is expecting her first child with fiance Offset, it only makes sense that Cardi would seek increased sartorial comfort, especially while traveling.

She was seen strolling through LAX yesterday draped in a knit purple blanket baring her name and iconic visage. And, like a true legend, she paired with monogrammed Louis Vuitton sandals and rhinestone-encrusted shades. (For stans, you'll note Cardi once fussed about her beloved purple Dora the Explorer blanket when it went missing — then was found — so this might ring some bells for you).

But what's amazing is not only can this piece work for comfort, but it would serve incognito realness when hiding from pesky paparazzi. I can just imagine Cardi someday charmingly whipping it around her like a Harry Potter-style Invisibility Cloak and saying "boof (rather than 'poof' begone," and following it up with her signature evil witch cackle.

Anyway, it's all very chic, and happens to be on-trend: recent fall and spring runways showed all manner of home goods that could also work nicely at a day spa, including robes (which have been major), pillows, and blankets worn for drama and drape. Who said you couldn't roll out of bed literally undercover when you leave the house?

And with her new gig as a Fashion Nova designer — if it includes blankets — disheveled boudoir luxury might soon be affordably yours.