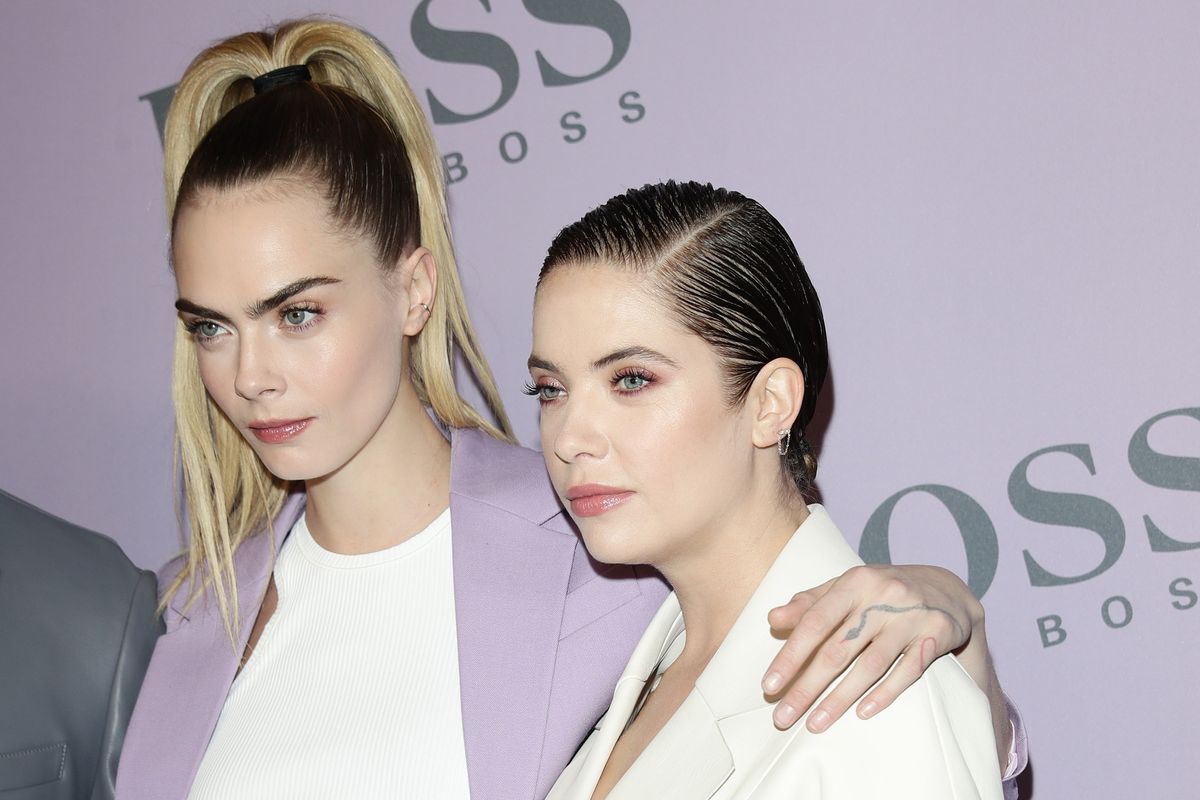 Earlier this week, fans began speculating that G-Eazy and Ashley Benson had started dating on the heels of the actress's split from Cara Delevingne. And while the initial evidence seemed circumstantial at best, a newly surfaced video — in which Benson and the rapper can be seen kissing — subsequently sent fans into a frenzy.

It all began last weekend when a photo of what appeared to be Benson and G-Eazy at a grocery store popped up online — something that led people to accuse him of being the reason for the former couple's split.

However, Benson appeared to deny the rumor by liking an Instagram post that said, "You can't say they are dating just because of a Like and some comments," per Cosmopolitan.

"Can't Ashley have friends now? STOP SAYING ASHLEY CHEATED! OR EVEN CARA!" the poster continued, before adding, "They just need friends right now more than ever."

That said, after the Daily Mail published a photo of Benson and G-Eazy kissing in a car, fans began doubling down on their criticism of the actress. And now, Delevingne has responded to all the negativity via her own post.

According to Cosmo, Delevingne took to her Instagram Stories to ask fans to stop coming for her ex.

"It's more important now than ever to spread love, not hate," Delevingne wrote. "To everyone hating on @ashleybenson please stop. You don't know the truth, only her and I do and that's exactly how it should be."

Benson has since reshared Delevingne's post, which you can see for yourself, below.