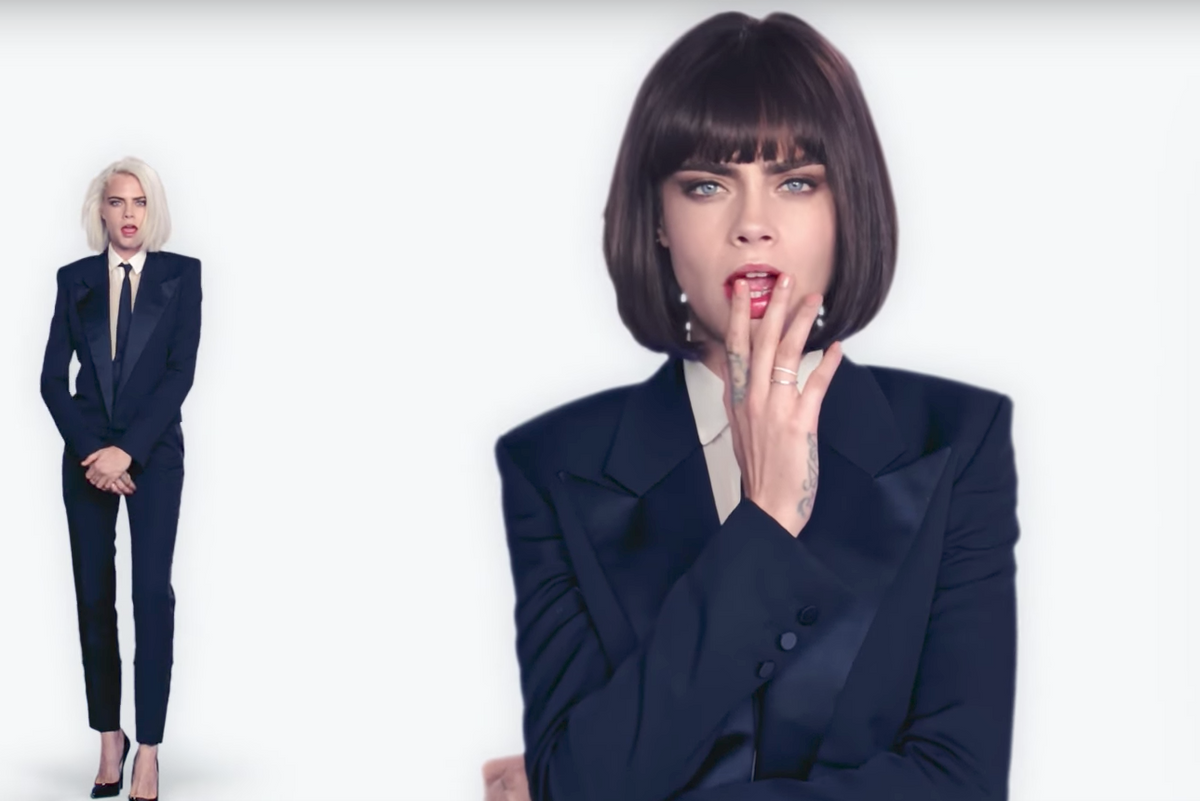 It seems as though retired-model-who-still-models Cara Delevingne is trying to definitively launch her music career off the back of her latest film, Valerian and the City of a Thousand Planets, and has thus released a music video for her single from the film's soundtrack, "I Feel Everything."

Delevingne dons different wigs in the video, intensely eyeballing the camera in a confusing, "wanna fight?" kind of way and surrounding herself in computer-generated butterflies. The song, one could say, is another situation. All in all, "I Feel Everything" really isn't quite everything, but Cara Delevingne is definitely a great model.