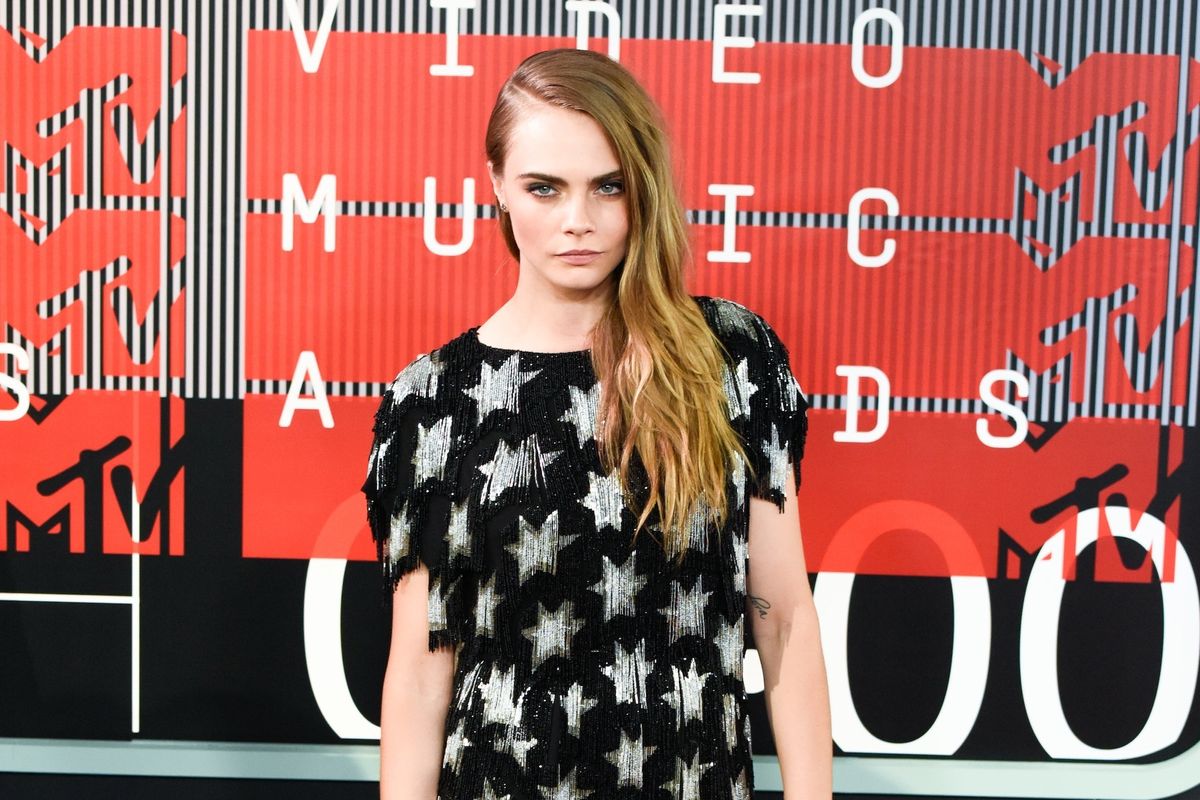 Cara Delevingne on Instagram: “🙋THE FUTURE IS FEMALE🙋 A lot of you have been asking for one of these – so I decided to put them up for sale, with proceeds going to Girl…”

Recently, a lot of young Hollywood stars have been wearing their feminist ideology on their sleeves -- or chests. Shirts emblazoned with the slogan "The Future Is Female" have been seen on a range of young celebrities lik Lena Dunham, St. Vincent and noted-eyebrow-haver Cara Delvingne. Yesterday, the model and Suicide Squad star posted a photo of herself wearing a "Future" sweatshirt on Instagram with a caption (since updated) stating her plans to sell a version, with proceeds going to the UN's Girl's Up program. Feminism! Charity! Sounds great, right? The only problem? It's not her design to sell.

The shirts that Delevingne and others have been photographed in originated with L.A. design collective Otherwild. Rachel Berks, who runs Otherwild, created the gear after she came across a 1975 photo by Liza Cowan of her girlfriend, Alix Dobkin, wearing a shirt sporting the slogan on the Instagram account h_e_r_s_t_o_r_y. She told Jezebel that the shirt was reproduced with Cowan and Dobkin's permission, though she does not own a copyright on it. Berks' shirts donate a portion of their proceeds to Planned Parenthood.

In what has become a mini beef on social media filled with posting, deleting, and editing, Berks took to her Instagram to challenge Delevingne about stealing her shirts, and encouraged followers to share their displeasure. She has since deleted that post, replacing it with with a longer explanation detailing her feeling, essentially, that the model should be working through Otherwild. Delevingne's original Instagram caption has been amended as well, adding Otherwild and h_e_r_s_t_o_r_y as @-mentions. The sweatshirts remain up for sale.