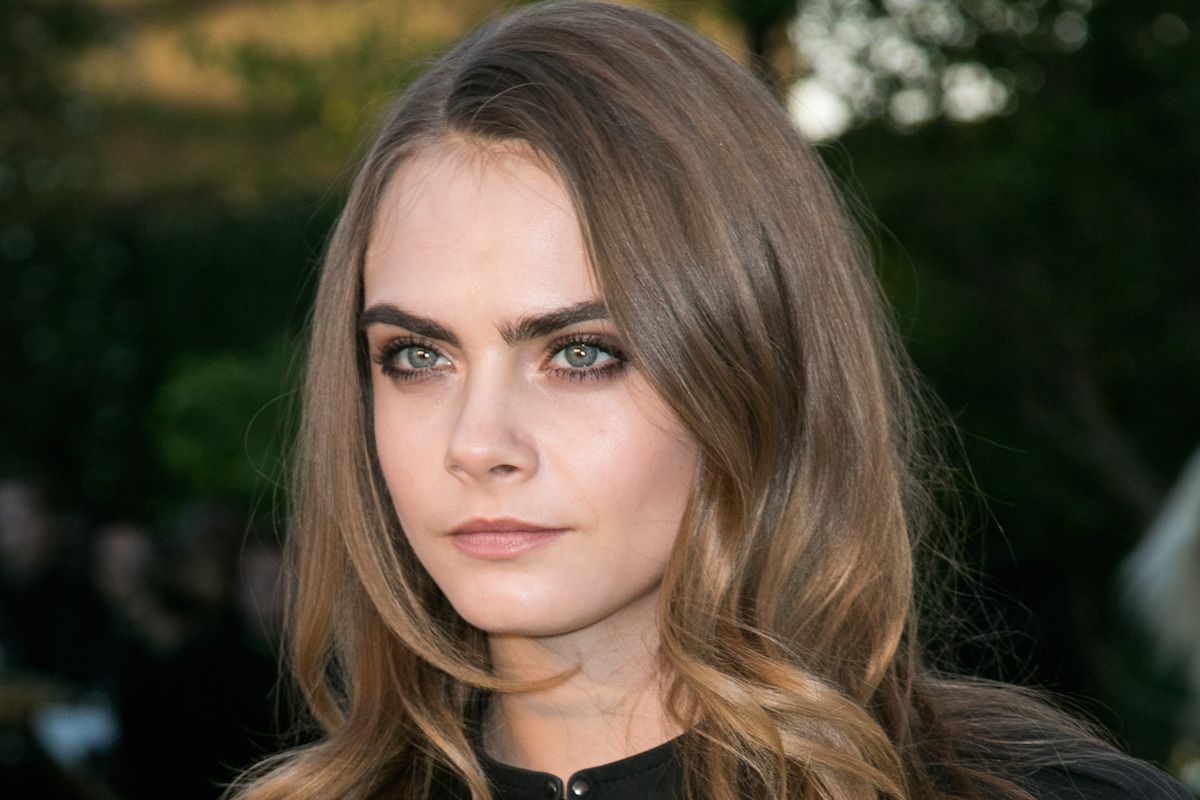 Model/actress/eyebrow sphinx Cara Delevingne found herself in a bit of a pickle (typed "Bit of a pickle" with a VERY cheery English woman's voice in my head) as she boarded the EuroStar train line in Paris on May 5th.

Delevingne, who is filming Luc Besson's sci fi epic Valerian and the City of a Thousand Planets in Paris, was heading to London for her older sister Poppy's birthday party, and apparently lost her shit when her luggage was singled out for inspection in security.

Witnesses described the scene as "bratty."

"t was a full-on meltdown in the middle of security. There were at least 20 people around and she didn't seem to care who saw. It was like she thought she didn't have to abide by the same rules as everyone else just because she's famous. Cara was with a friend who was trying to calm her down, but it wasn't working. She shouted 'let him do his f**king job, it's ridiculous'.

Ms. Cara also apparently "got down on her knees and put her hands together as if she was praying for the whole thing to be over. It was bizarre."

It takes a true stunt queen to rouse the celebrity gods from their ivory, apathetic slumber.

After telling a female officer to "fuck" herself, Cara was whisked away to another security room, and emerged an hour later, bleary-eyed, and gracious, apologizing profusely to everyone.

Translation: you and I would be STILL be in jail had we pulled that.

Cara was hit with a fine that she can pay to avoid further boo-boos from this hot mess.

In case you were worried, Cara made the party.