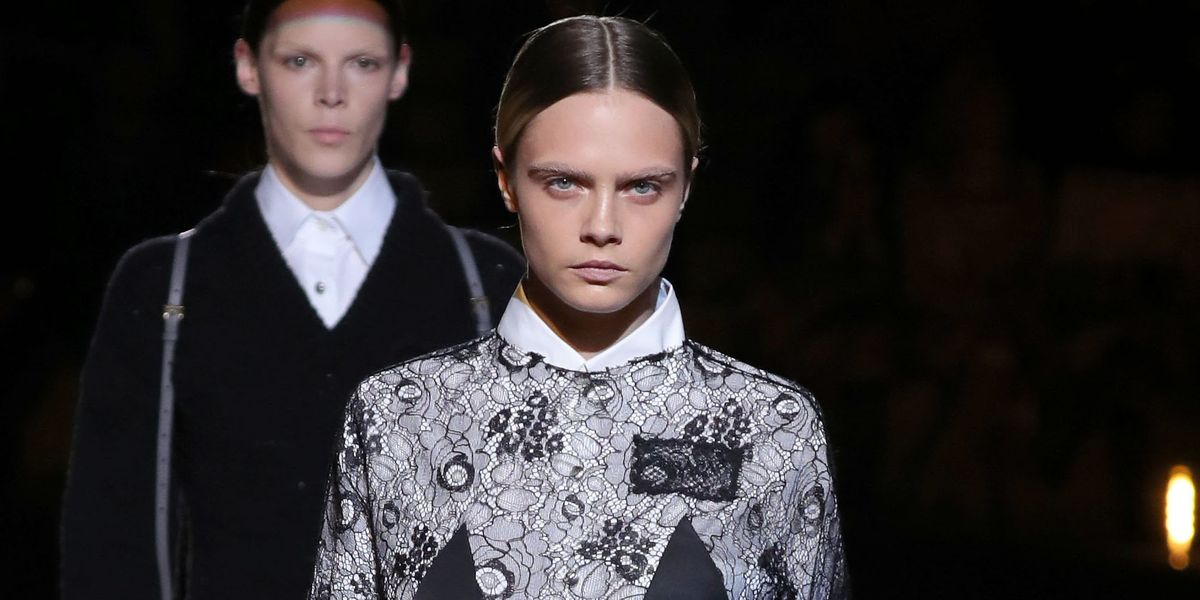 Cara Delevingne Returns to the Runway at Prada

Cara Delevingne made a rare runway appearance at today's deliciously emo Prada show in Milan. She wore a black slip featuring a drawing of Boris Karloff's take on Frankenstein's monster, smized, and walked with a lot of intensity (Shelley's Frankenstein served as the inspiration for Prada's fall men's collection). She is also currently feuding with Jameela Jamil on Twitter over the legacy of Karl Lagerfeld. What a day!

Delevingne, who declared that she was leaving modeling to focus on acting way back in 2015, has taken the one-off modeling job in the intervening years; she recently channeled Janet Jackson in a Balmain campaign and covered LOVE Magazine in clown-like makeup. But her runway appearances have been sparse; she walked Chanel in 2016, Christopher Bailey's last Burberry show for fall 2018 (where she was supported by girlfriend Ashley Benson), and she took to the runway for Balmain last season. For someone who once ruled the catwalk, it was a stark change. But if anyone could coax someone out onto the catwalk, it's Miuccia Prada.