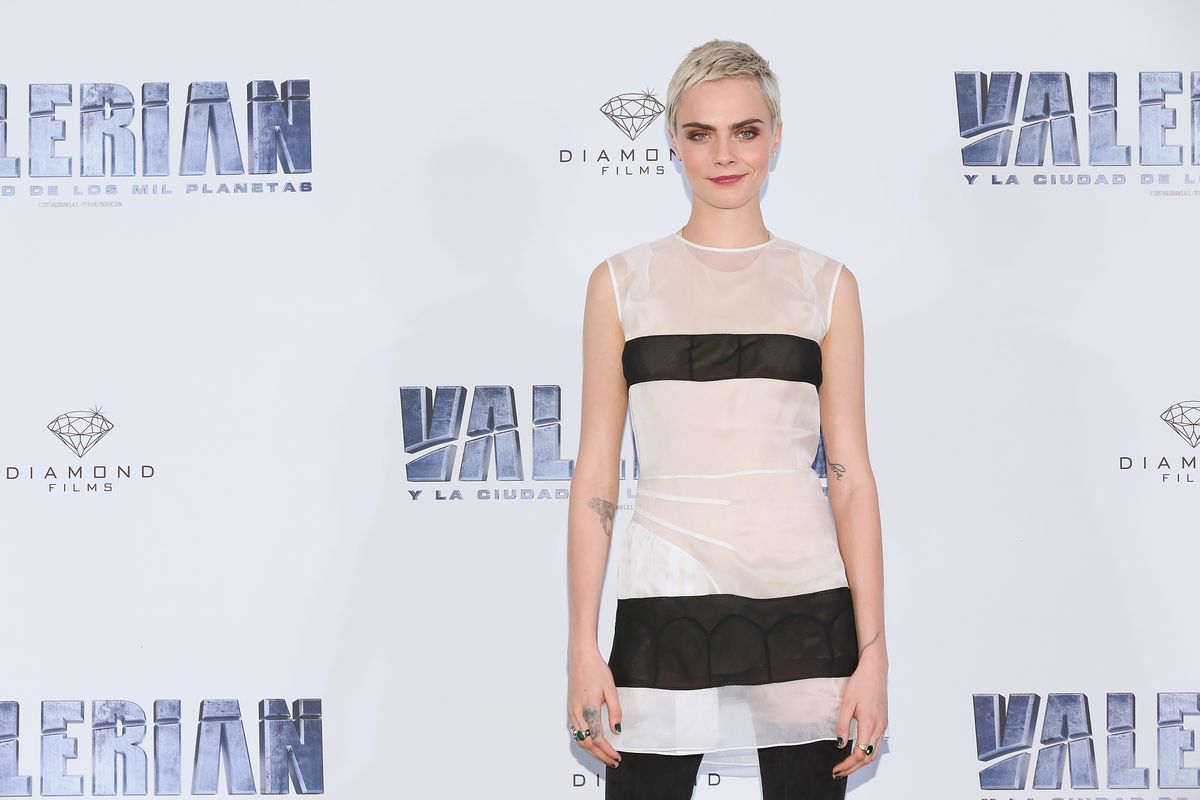 Cara Delevingne Opens Up About Being Suicidal in Her Teens

In a new interview with The Edit, Cara Delevingne once more opened up about her history of depression, struggling with suicidal ideation throughout her teens and how it took her a long time to accept herself.

In addition to starring in Valerian with Rihanna, Delevingne has also been working a novel about four misfit teenagers called Mirror, Mirror. She told The Edit she "always felt pretty weird and different as a kid," adding, "I wish I could have given myself a hug. I wish I'd known that I was still in there somewhere, that I wasn't my own worst enemy, that I wasn't trapped. That if you can hold on for dear life — because being a teenager can feel like you're on a rollercoaster to hell, that's what it honestly felt like to me — you can get through it. Time moves on, feelings pass, it does get better."

She also added that given her successful career and glamorous lifestyle as an international model, her friends weren't always understanding of her depression, saying, "But you're so lucky." She explained, "I know I'm the luckiest girl in the world, I understand all of these things, and I wish I could appreciate it. There is just something dark within me I cannot seem to shake."

Delevingne said that finding peace in solidarity and learning to rely on herself proved to be the coping skills she needed - along with medication - to move out of the darkest parts of her depression.

"I was always in love with my best friends, the person I would call if something was wrong, the person that I talked to about everything," she said. "But when someone gets too close, I get scared: 'Oh, you can't handle it, I'm too crazy.' I know it sounds really stupid, but I relied too much on love, too much on other people to make me happy, and I needed to learn to be happy by myself."