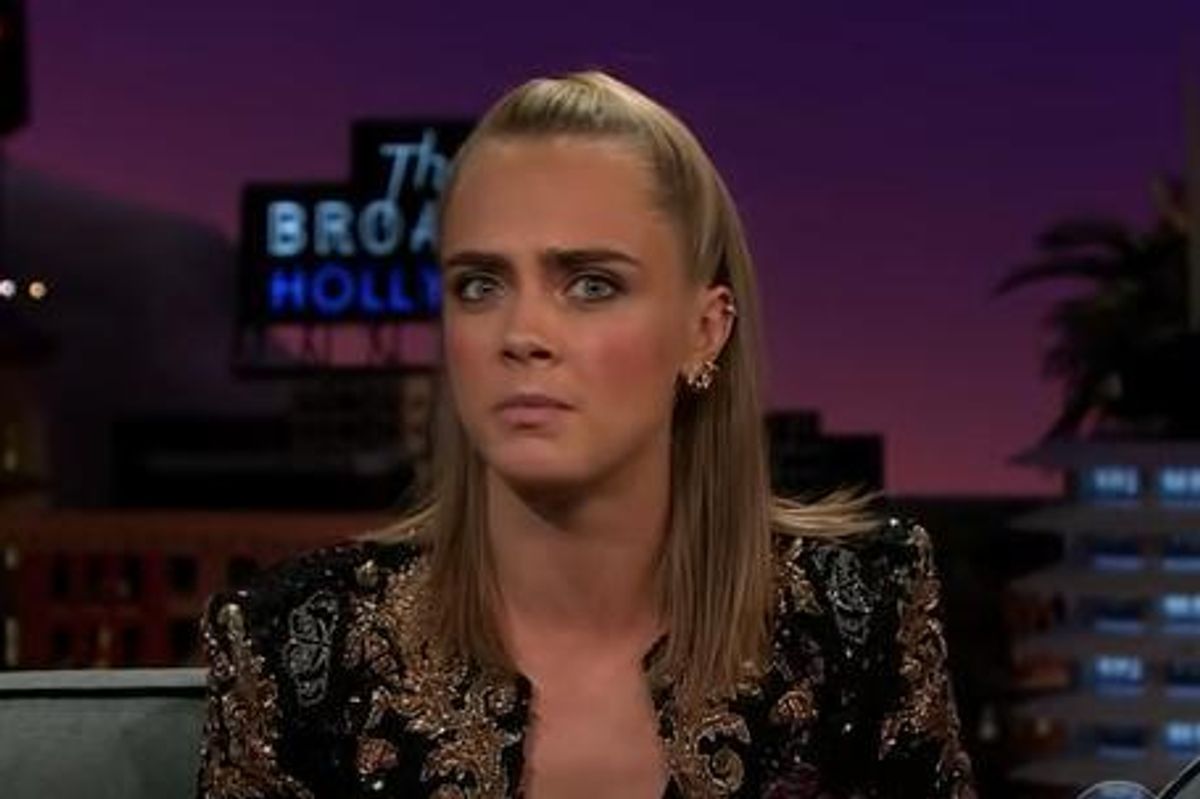 Eyebrow icon Cara Delevingne was on James Corden last night to promote her upcoming film Warped Tour held at a JoAnn Fabric With Assault Rifles aka Suicide Squad, and the model/actress filled us in on some spooky fuckery that went down at Taylor Swift's oppressive 4th of July A-list marathon in Rhode Island

Delevingne, along with Orange is the New Black stars Ruby Rose and Uzo Aduba, decided to scare the shit out of Kesha and the sisters HAIM, who were sleeping on the top floor of Taylor's ivory palace, and pretend to be ghosts.

They were staying in this creepy area of the house, and they'd been watching murder mysteries all day, so me, Ruby Rose and Uzo decided to become a ghost crew. We got torches, speakers, sound effects. We were going to do rocking chairs with bits of thread outside.

Cara says they had to consult with Taylor and her task force security team before said haunting, because "we didn't want to get shot;" the audience laughed at that line, but I am certain Cara was being completely serious.

The prank was so successful, that Kesha and HAIM almost called the police.

I'm sure Taylor was probably confused about the whole "pretend" thing; they could've just let the actual ghosts that haunt her attic do their thing.