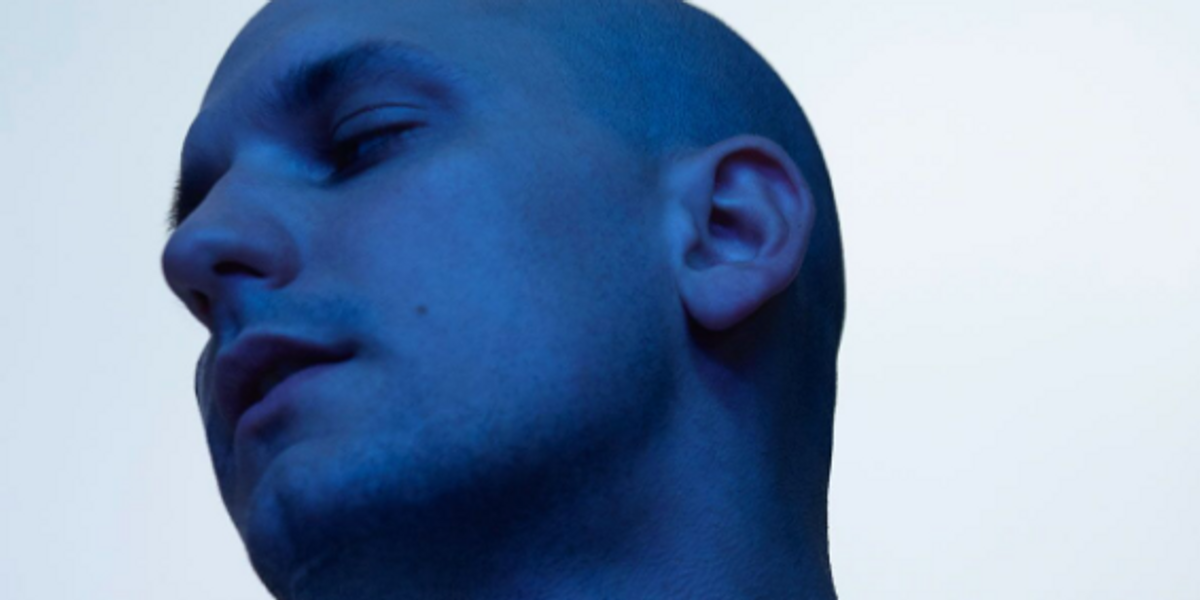 You've been around a while, put out a lot of EPs, why an album? Why now?
Right, I've been around a long time, I was like maybe I'm one of these dance music guys that only puts out EPs, but then I was like "you know what? I'm not." I took a long, hard, egotistical, pretentious look at myself. When I'm super into music it's always been a full album and when I look back at musical moments in my life I've always been listening to a full album.

I think also we're reverting back to those days, where we would buy a physical CD, with streaming. I will stream a whole album, chronologically, start-to-finish. I feel like I never used to do that.
Totally, it's almost easier to go for track one and press play, rather than that one single you wanted to hear.

I rediscovered Journals recently, literally listened to 2013 Justin Bieber start to finish. I was like "man, this is it, this is an amazing record."
Journals is amazing. I think Purpose is actually great. When I heard 'Where are Ü Now' I was like "I should've come up with this. It's so clever. I've always hinted at playing the vocal trap as an instrument but the effects, it sounds like this weird synth sound. It's all pleasure senses, the sound design is so smart.

So you're here for the heavy hitting DJs like Calvin, Diplo, Skrillex?
I wouldn't jam it at home, but when you go out...I mean Skrillex sounds insane. It's like seeing a movie in an IMAX theatre for the first time, it might be a trash superhero movie, but it's still amazing. The Skrillex, Justin Bieber shit in particular is out of control.

Right and you're kind of tied to that world too, the dance/RnB crossover.
I'm always operating in this world like too pop for the underground guys, too underground for the pop guys. For a couple of years, I was like "oh damn, Im not playing this cool guy music festival", but I'm curving my own lane. If you want to book me you want to book me.

That's what Drake's always said, too white for the black guys too black for the white guys. Maybe it's a Toronto thing.
Living in Toronto, I've reached peak Drake. I used to be a staunch defender, but for the last two years I've been like "Really, that's the jacket you're wearing?" "Really you're going to pretend you're Grime?" Then when you're walking around Toronto people will be wearing a hat that says 'The 6'. People will drive past with the windows down playing Drake.

They rep it that heavy?
Oh absolutely. You have to understand Toronto had like nothing before, it was a desolate wasteland.

It's an exciting time for hip-hop in Toronto right now, though. Hip-hop in general is ubiquitous, it's like if you're not fucking with it what are you doing?
Yeah absolutely.

So in saying that, who is the dream for you to work with? Who would you freak out over sliding in your DMs?
Rihanna. Because she rides the dance beats better than anyone. I really like Rochelle Jordan. Everyone gets in the DMs. Twitter DMs is the new MySpace inbox.

Do you get hit up romantically via Twitter DMs? I feel like it's not so much of a thing.
It happens. The romantic ones are like pornographic and to be honest I'm not into it. Getting nudity that you didn't request is gross, super off-putting.

Yeah you're never mentally prepared for it. What I find interesting about you is that you talk about your privilege a lot in being a straight, white dude.
Yeah, you have to. I was just back in Montreal for a few days for a friend's birthday and we have strong ties with the queer, black community in Montreal. When I first started DJ dance music it was to vogue kids. I have to be like mindful like growing up white you're in the matrix and you can't see it. It's systematic, so prevalent you don't even know.

Again, though, these are all things you could feel but not publicly voice.
Yeah but not talking about it feels fucked up and by doing it I hope that if you're ever at one of my shows you feel so comfortable.

Have you ever been called out as a white guy operating in RnB?
No, I mean someone might call me out now. I've always tried to be aware. It's so easy to not be a dick.

It is also so easy to fuck up.
That's true. You have to have patience. Patience towards others and their shortcomings. Words are the most powerful thing we have, it's all we have. I think words can hurt way more than sticks and stones.

Did you ever think about going further into the hip-hop realm? Making rap beats?
I really want to. When I started I was very like Timbaland and Neptunes. When you realize there's only a few beat makers behind the pop songs, it's crazy.

I remember finding out he was behind Future, Sex, Love Sounds.
That album changed my life. I was like those are the coolest sounds I've ever heard in my life. I can never be Justin Timberlake but finding out Timbaland was just a guy and like the guy behind it all, it was very inspiring. Now that this album is done, I would love to get into more of it. It's a lot of what I'm listening to and it's the cultural zeitgeist right now. Although every time I have got close to it I've found it operates in such a stressful way.

What like the drugs and the fast times?
Oh no, like the drugs and the fast times – I'm in techno, I can handle that world. No it's actually like, so many of my friends get burnt and not paid for their work on big records and I've worked with rappers for songs that I thought were going to be on my album and then it's out on Complex. It's all real-time. OVO will reach out and I'll send them some stuff, but it always starts to feel chaotic and that's too stressful for me.

I know you think Drake's cheesy but-
I mean, no. I didn't really like Views but If You're Reading This It's Too Late is like perfect. I will never listen to Views front to back again, though. I think he's trying to jump on all these street kids to try and stay relevant. I'll never totally give up on him, I still think he has surprises and talent and can come back.

You think it's that dire that he needs to "come back"?
Views was...awful. 'Fake Love' or 'For Free', they weren't for me. He needs to bounce back in my esteem.

You're a big Future fan though, right? Have you ever got in touch?
Definitely, since Dirty Sprite I. No way, I know my lane, I wouldn't want to hear a Future/Jacques Greene song. Atlanta is the most exciting city in the world right now for hip-hop, it's the Motown of the 2010s. Name me one other city that comes close to being as exciting.

I mean, Toronto.
No way near. Everything I hear from Toronto sounds like some guy trying to be Drake or The Weeknd. It's all OVO in production. It has a huge shadow over that city. Atlanta is like everything for Lil Yachty to Andre 3000 hoping on verses to Future. Gucci is back. Every two weeks is a new crazy talent.

Young Thug, of course.
Thugger is an icon. He's not even from this planet. I love him. He's not a rapper, he's an artist. Young Thug is a true alien, martian from another planet.

If you're trying to avoid the Toronto sound, how are you then subverting the city in this album?
I don't think I've ever really lived in a city where people were making music that sounded close to what I do, London maybe. That's it, so it's always been very insular for me.

London hip-hop is popping off, that's a city that's getting big.
Yeah Section Boyz, Stormzy. Skepta. It kind of took Konnichiwa to get all the Supreme kids over here listening to it.

Ha, Supreme. Are you here for the hypebeast-vibe?
I mean respect but, how could you be an adult and give in to all that. Supreme are like Vetements in the sense that I really expect their company and their craft, but if you buy into it and you're copping I don't think you're in on the joke, I think the joke's on you. I think they're doing unbelievable work, but they're like if you need to cop our scissored-off jeans, I think it speaks to an insecurity. The metrocard thing they did is so genius. I respect Supreme, just not the people who wear it.

It's the parody aspect. Where fuckbois don't know they're fuckbois and don't want to be called fuckbois but that's who they are.
It's the same thing that happened with hipsters, it was just like some other subsection of the same. Also the fuckboi and hipster thing is delicate and I don't consider myself one, but hey, we are all someone else's fuckboi, right?

No truer words have ever been spoken.