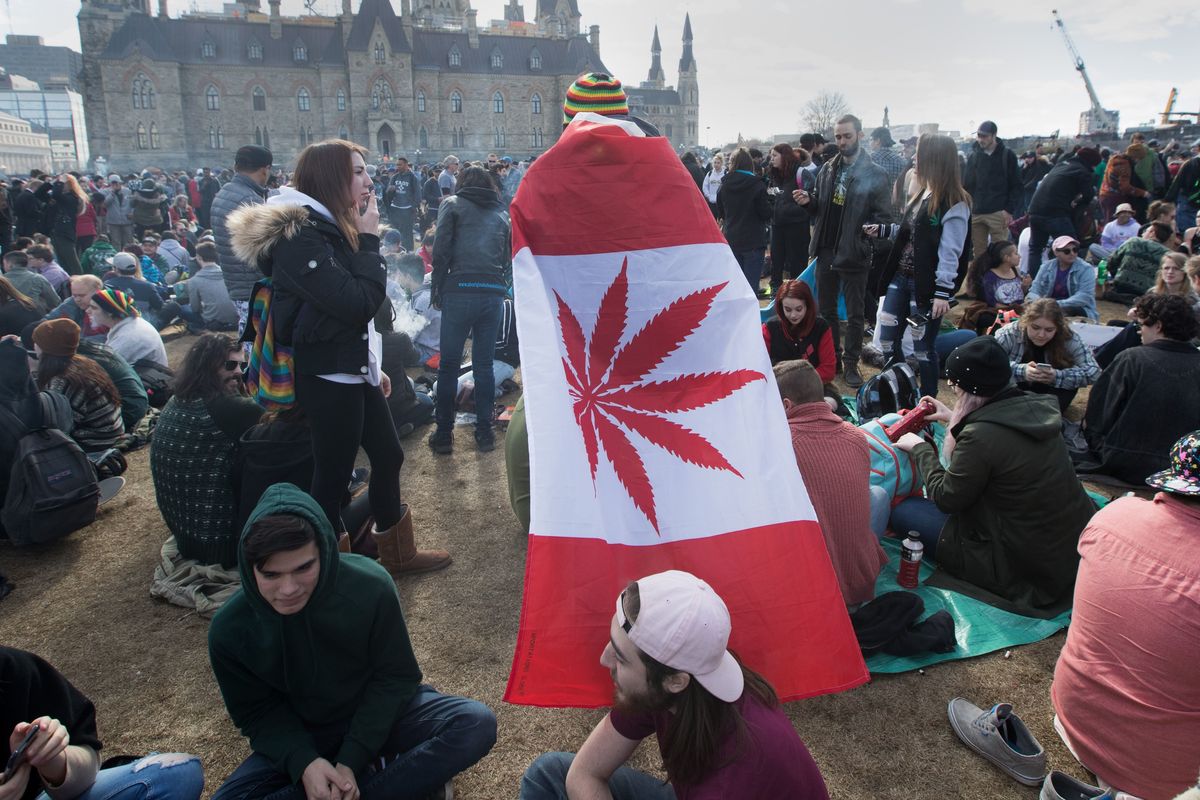 America's neighbor to the north, Canada, just became the first major nation to legalize recreational marijuana, giving the nation a new leaf to celebrate besides the maple.

Many celebrated across the country as Canada's first dispensaries opened their doors to crowds of eager customers who were now legally allowed to buy, sell, grow, and possess weed, if you are over the legal age of 19 (unless you live in Alberta or Quebec where the legal age is 18). The newly enacted law was championed by Prime Minister Justin Trudeau as a campaign promise to curb underage usage of the drug and cut down on marijuana-related crime.

It’s been too easy for our kids to get marijuana - and for criminals to reap the profits. Today, we change that. Our plan to legalize & regulate marijuana just passed the Senate. #PromiseKept

Even better still, authorities also announced today that Canadians previously convicted of possession for 30 grams or less of marijuana will be pardoned. However, it is still very illegal to transport weed across international borders so don't try take some home as a souvenir, even if you are flying back to Colorado.

Related | The ABCs of CBD

Recreational marijuana is legal in nine states and the District of Columbia in the US currently with medical marijuana being legal in 30 states in some form or another. The legal weed industry took in over $9 billion in sales in 2017 and Canada's burgeoning new industry is predicted to be worth over $4 billion according to CNN.