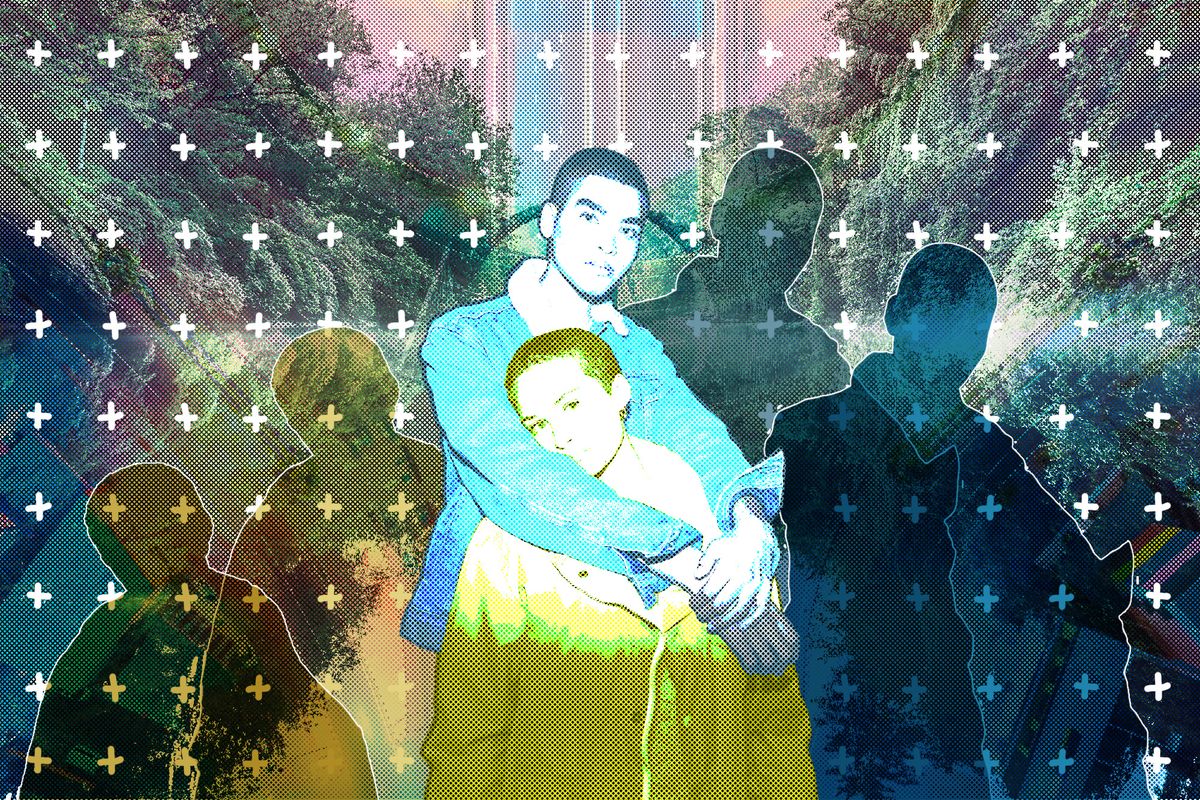 For trans people, there is a sharp edge to the growing worries surrounding COVID-19. Collapsing global supply chains means dwindling stocks of hormones. Full hospitals and shutting businesses means delayed appointments for already scarce trans healthcare. Deepening inequality will likely disproportionately affect trans people, and particularly trans people of color. For many trans youth, lockdown also means uninterrupted time with family members who may deadname and misgender them. It's the making of a mental health emergency bubbling beneath the worst public health crisis of our lifetimes. But for some trans people around the world, there is comfort under quarantine which belies the dread.

Spending lockdown inside, the rules governing how I present myself to the world under normal circumstances are becoming clearer. Things I do to blend in — plucking, shaving, painting — can make me feel more at ease with myself, but in many ways they're also acts designed to appease others. When you're trans, being palatable can also mean being safe. My anxious mind still tells me that transgressions mean discrimination and harm. Whilst transitioning changed my relationship to my body in a positive way, there are limits to how much you can love a body mired in fear. Since lockdown began, things have been different. I've spent less time thinking about how to look like the kind of trans woman society will accept, and of the threat imposed by my unconforming body.

Nella feels the same way. He lives with his partner in Falmouth, a coastal town in the south of England. We speak over the phone, and he politely humors my questions about what it's like to spend lockdown by the sea. He's had some trouble topping up his testosterone, but for the most part has felt relieved of the burdens of public life, gendered bathrooms being just one example. "I didn't notice how much of my energy went to having to constantly consider just how I'm being perceived," he says. "There's this idea [of trans people] constantly projected onto us that we have to live up to, when we're just existing in the world and going to the shops."

Ali, who is non-binary and lives in Moscow, sympathizes. But rather than feeling pressure to conform to a gender-binary, they often feel pressure to dress androgynously, and to conform to what other people (and themself) think a non-binary person should look like. Now spending their days inside, for a time requiring a permit to go beyond the confines of their local neighborhood, they feel more comfortable experimenting with different forms of expression — even trying out drag. The experience has helped them realize that being non-binary "can be hyper-masculine or hyper-feminine or hyper-whatever. It doesn't have to be one thing and I'm slowly coming to terms with that."

For others, the relief is also physical. Kievan lives in California and is trans-masculine. A few weeks before lockdown, they went to a doctor about back pains. To their dismay, their chest binder was the likely culprit. Kievan is quarantining with their partner and hardly wears one now (or many other clothes, apparently). "I've pretty much lost my binder," they tell me. It's a toss-up between physical and emotional pain that Kievan doesn't have to make for a while, describing the "huge mental weight" they usually shoulder when they are perceived as someone with breasts outside home.

Staying at home has helped Kievan to recalibrate. When this is over, they intend to wear their binder again, but also take a break from it and still go out if they're in pain. They want "not to prioritize fear...but instead to just say, 'Hey, it's my body, you know, maybe tomorrow.'"

Sonya Chee is a mental health social worker based in London. She's not surprised that some trans people are doing better at home, since emotional difficulties can arise where "there is a bigger gap between what we authentically want to do ourselves, and what is expected of us from society." Quarantine may reduce a person's exposure to that gap, but this ultimately depends on whether they are lucky enough to live in affirming environments. "It's not just a matter of being privileged and having a nice home and money and things like that," she says. "It also depends on the quality of relationships within your family, the quality of interactions that you have, and whether or not you feel accepted in the home."

Still, even those in affirming environments can struggle to find peace. Prodhi, a trans man and refugee living in Spain, has been spending more time on social media during quarantine. As a result, he is exposed to an overly "cisnormative and medicalised" narrative of trans people more often, which has been harmful. Being a person of color compounds this: "There is clear celebration of the white, the rich, the skinny, and the able-bodied." Also, being in lockdown means uncertainty in other areas of Prodhi's life. "Figuring out immigration permits and funding was already sheer hell...this lockdown has thrown me into so much more uncertainty with all of that."

I also ask Manis, a trans woman who lives in Kuala Lumpur, Malaysia, what she thinks about trans people finding unexpected peace during lockdown. She reminds me that stress about income will eclipse any benefit of staying indoors. Trans people are criminalized in Malaysia, and a high proportion of trans Malaysians are in precarious employment, including sex work, which has now become impossible as a result of lockdown measures. Manis has a stable job, but tells me that her life is not improving indoors: "What worries me [is] job stability and loss of income...the majority of trans women [in Malaysia] especially do not have a permanent job."

For those of us who are lucky enough, this time does provide balm for long-ignored wounds. Hopefully, our newfound energy can be directed to better causes. Nella plans to devote more time to activism. For example, speaking out against frightening proposals to restrict care for trans children in the UK, and a new project about trans representation in film. "I'm learning about myself, learning about the past and my community, and learning how to do better for our community," he says.

Sonya hopes people use this time to think about the differences between what they do when they're comfortable versus when they're not. She recommends cementing any lessons learned by revisiting them. On a personal level, I'm still working out what my lessons are. There's something meaningful about taking time to breathe, and wearing some pre-transition clothes that I still love but had stowed away because I didn't think I could wear them anymore.

Still, I don't think any trans person, including me, can or wants to stay inside forever. Nella is clearer than me on the subject: "I want to re-enter public life reminding myself that I do not need to perform for others, and that I owe no stranger an explanation of my identity." At the very least, I'll be reminding myself of what Nella said. He's right, after all. He doesn't need to explain anything, and neither do I.