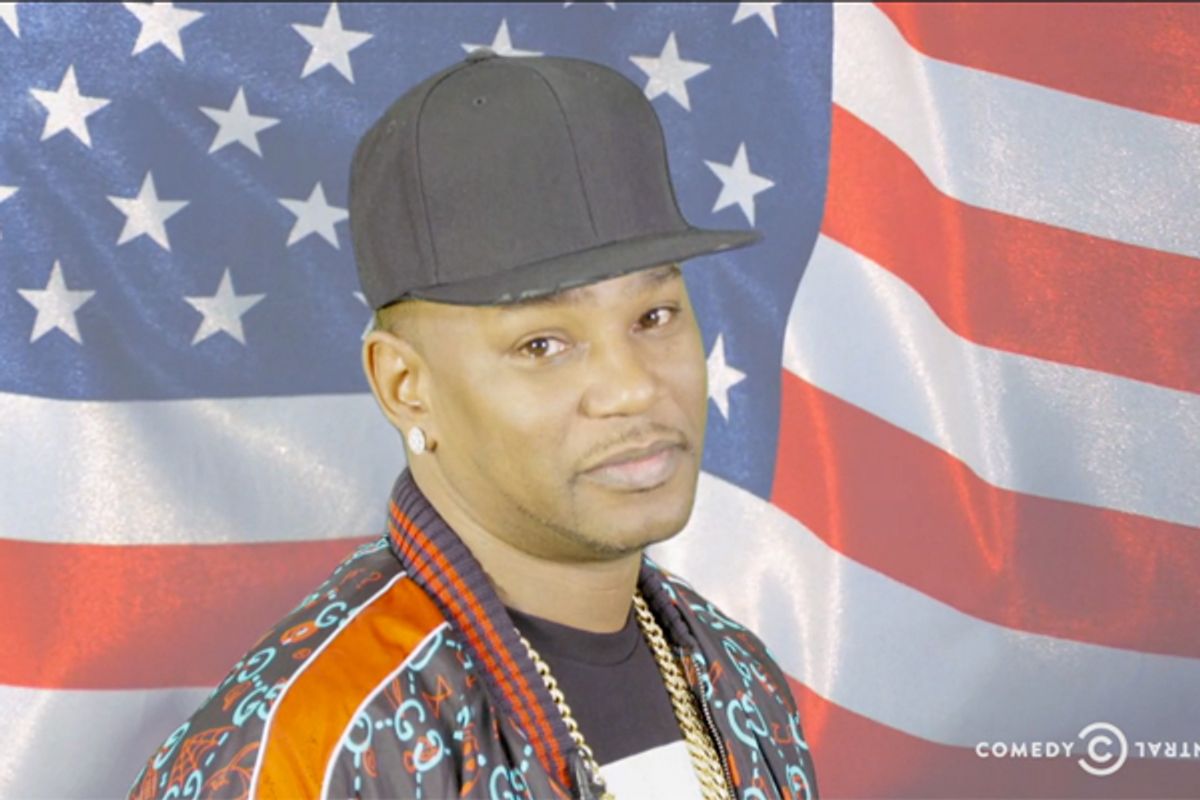 Cam'ron Calls On Fellow Americans To Snitch On Donald Trump

Nobody likes snitches, but few have taken a stronger anti-snitching stance than rapper Cam'ron. In a 2007 interview, Killa Cam told Anderson Cooper that he would not have told police who shot him in both arms if he knew, and furthermore, he would not even tell police if he knew he was living next door to a serial killer:

"If I knew a serial killer was living next to me? I probably wouldn't call or tell anybody about him, but I'd probably move. I'm not gonna be around, because I don't want to be living around serial killers, but I'm not gonna call and put the signs up and say 'The serial killer's in 4E.' [...] It's about business but it's still also a code of ethics."

He ultimately apologized for those statements, but when Cam raps "never snitch, me in a bathrobe, fly slippers" we have absolutely no reason not to believe him. However, we now know the man that wouldn't tell on on Jeffrey Dahmer thinks it's ok, nay, our civic duty to snitch on Donald Trump.

Cam'ron appeared on The Daily Show with Trevor Noah last night to reverse his long-held 'snitches get stitches' position, saying, "Times change. With Donald Trump as president, y'all snitches have a civic-ass responsibility to tell us what he's up to." He goes on to call upon the members of the intelligence community, government bureaucrats, and "a disgruntled third wife that didn't ask for any of this shit" to rat on the rat in chief, and stands front of an American flag, saying "stay snitchin' America."