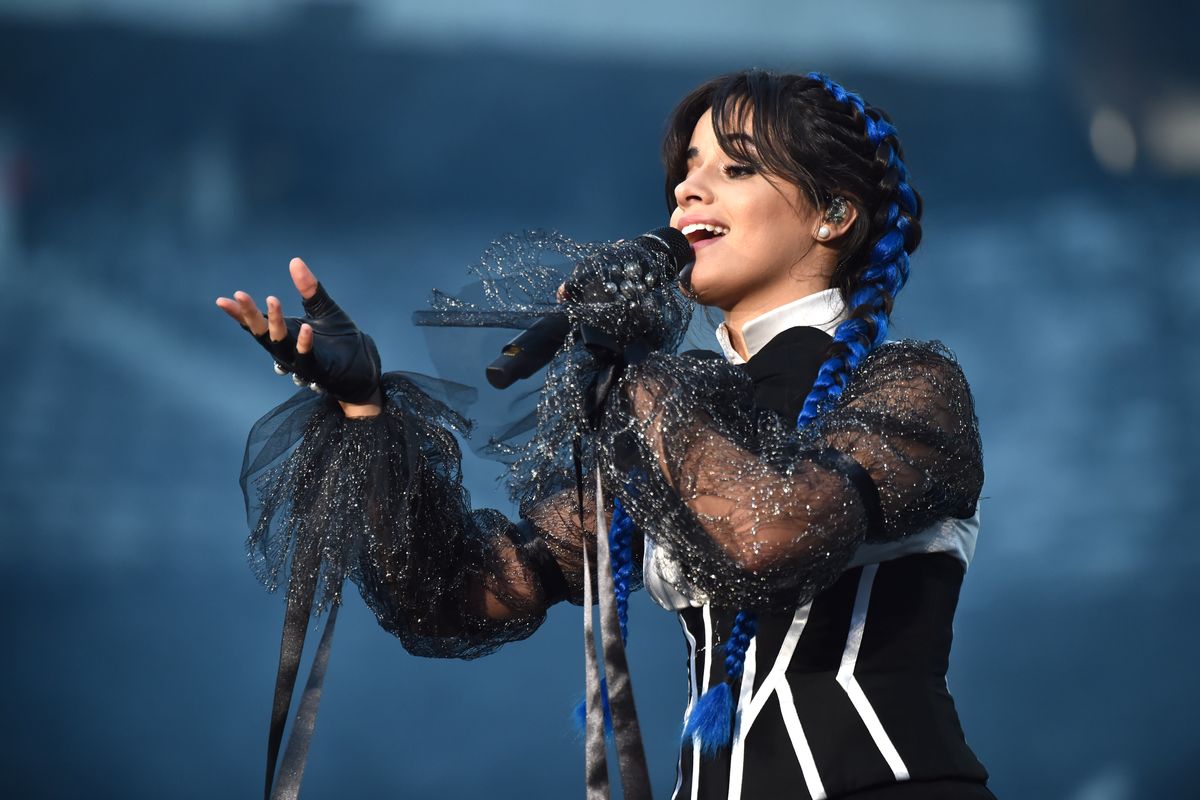 Camila Cabello is taking advantage of her appearances in Taylor Swift's Reputation tour to debut a rainbow of hair color hues, changing them up as she sees fit with the help of what look to be non-permanent hair extensions that are styled into everything from buns to pigtail braids. On Monday, the 21-year-old singer showed off two French braids that nearly reached to her waist, which was styled by Sarah Potempa.

This is not the first time that Cabello has rocked this particular look, showing off her cobalt blue braids in July at MetLife Stadium. In fact, in keeping with her ever-changing dye job, she actually showed off pastel pink extensions the very next day, just over a week ago. Though she's only been playing around with pinks and blues so far, her braided, curled, and beach waved styles have run the gamut. See all the tour styles thus far, right here.