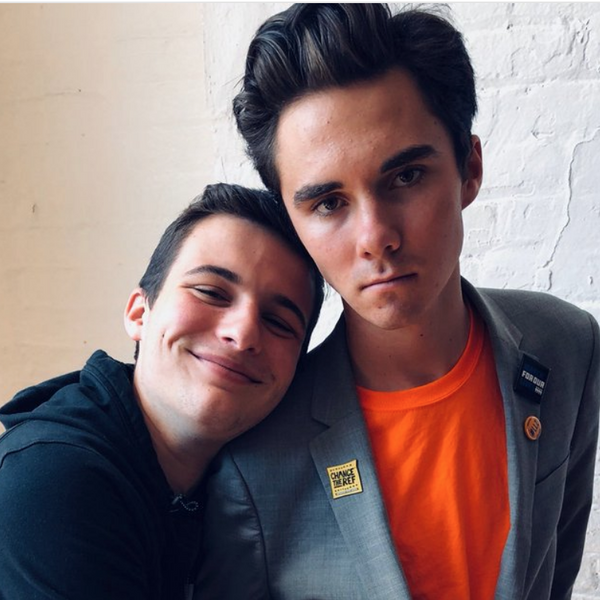 It has been an intense two months for the students at Marjory Stoneman Douglas High School. After a gunman killed 17 of their classmates, students at the school have been passionately advocating for gun control. They created March For Our Lives, an international protest that brought their gun control campaign into the national spotlight, and were recently featured in Time's 100 most influential people list. Their blurb was written by none other than Barack Obama himself.

They are so poised, mature, and passionate that it's often easy to forget they are, in fact, high school students. But, thankfully, it looks like they are going to take a break from trying to save our broken country to partake in the most quintessential high school coming of age ritual: prom.

Cameron Kasky posted an Instagram of himself and fellow activist David Hogg embracing accompanied with the caption, "Prom 2018," seemingly indicating that the two are going together.

The Internet is rightfully very excited about this prospect, commenting about how adorable they are together and how their activism has already changed the country so much in a matter of a few months.